US not qualified to build a coalition of ‘clean countries’: Chinese FM 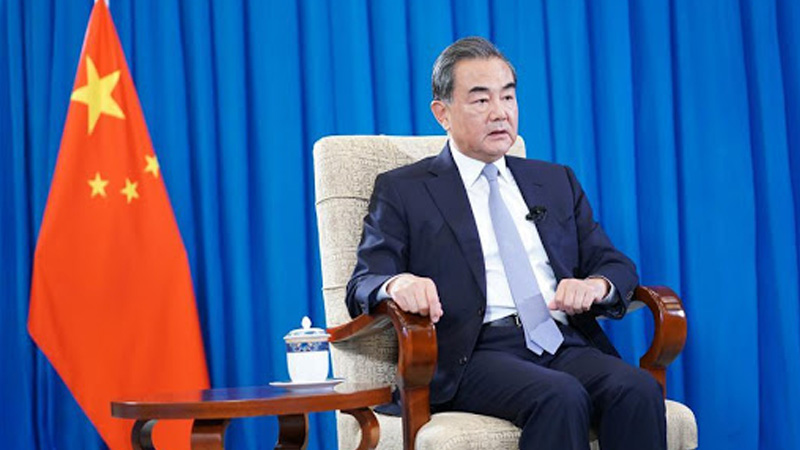 Chinese State Councilor and Foreign Minister Wang Yi has said the US is not qualified to build a coalition of ‘clean countries’ because itself is dirty allover.

“Without any solid evidence, the US has launched a global campaign against a private Chinese company. This is a textbook example of bullying. Everyone can see easily and clearly that the US goal is to keep its monopoly in science and technology but deny other countries the legitimate right to development. It doesn’t even bother to disguise its bullying. This not only violates the international rules of fair trade, but also hurts the free global market environment,” Chinese State Councilor and Foreign Minister Wang Yi in an exclusive interview with Xinhua. “I’d like to stress again that Huawei and many other Chinese companies, unilaterally sanctioned by the US, are innocent. Their technologies and products are safe to use, and they have never done any harm to any country,” he said. “In stark contrast, the US is behind such scandals as PRISM and ECHELON. It conducts wire-tapping and mass surveillance around the globe, and these wrongful acts are already an open secret. The US is not qualified to build a coalition of clean countries because itself is dirty all over,” he maintained.

The foreign minister said US Secretary of State Mike Pompeo’s assertion that the policy of engagement with China pursued by successive US administrations has failed is just a rehash of the Cold War mentality. “The assertion turns a blind eye to all that has been achieved in China-US relations over the past decades, and shows ignorance of the historical process and lack of respect for the Chinese and American peoples,” he said. “This is a political virus which is understandably questioned and rebuked by people in the United States and the international community,” he added.

“Over four decades ago, leaders of China and the United States made the handshake across the vast Pacific Ocean, he added, noting that what made this possible was that both countries adhered to the principle of mutual respect and seeking common ground while putting aside differences,” Wang said. “Over the past 40 years and more since the two countries entered into diplomatic ties, several generations of Chinese and Americans have worked together to advance China-US relations,” he said. “As a result, bilateral ties have become one of the most deeply interwoven relationships in the world with broadest cooperation areas and most extensive common interests. No one can deny these facts,” he added.

“Forty years on, while China and the United States are quite different in social system and many other aspects, such differences have not affected the peaceful coexistence and win-win cooperation between the two countries, and they should not affect their bilateral ties in the future,” he said. “It is neither necessary nor possible for the two sides to change each other. Instead, we should respect the choice independently made by the people of the other side,” he added.

“China’s major achievements in the past decades show that the path of socialism with Chinese characteristics fits China and has also benefited the world,” Wang said. “China will continue to pursue development and progress to meet the desire of its people and make new, even greater contributions to mankind. Anyone who attempts to derail this process can only end in failure,” he added.

Wang Yi said China-US relations are facing the gravest challenge since the establishment of diplomatic ties, and their exchanges and cooperation in many areas are being seriously disrupted. “The root cause is that some American politicians who are biased against and hostile to China are using their power to smear China with fabrications and impede normal ties with China under various pretexts. What they want is to revive McCarthyism in an attempt to undermine US relations with China, stoke hostility between the two peoples, and erode trust between the two countries. Ultimately, they want to drag China and the US into renewed conflict and confrontation and plunge the world into chaos and division again,” he said.

“China will not allow these people to get their way. We reject any attempt to create a so-called new Cold War, because it contravenes the fundamental interests of the Chinese and American peoples and the global trend toward development and progress,” the foreign minister said. “The Cold War, which inflicted great sufferings to the world, should not be allowed to repeat itself. Peace and development is what all countries aspire to. Anyone who tries to start a new Cold War in the 21st century will be on the wrong side of history and will only be remembered as the one who has upended international cooperation,” he added.

“Today’s China is not the former Soviet Union. We have no intention of becoming another United States. China does not export ideology, and never interferes in other countries’ internal affairs,” he said. “As the world’s largest developing country and a permanent member of the UN Security Council, China will stay committed to peaceful development and to pursuing an opening-up strategy of mutual benefit. China will continue to promote global peace and development and uphold the international order,” he added. Wang Yi said Hong Kong is part of China’s territory and Hong Kong affairs fall within China’s internal affairs. “Non-interference in other countries’ internal affairs is a basic norm governing international relations, and no country will allow other countries to flagrantly sabotage its sovereignty or territorial integrity,” he said.