“Popularity should be on a scale for the election of politicians. If it would depend on popularity, Donald Duck and The Muppets would take seats in senate.”—Orson Welles 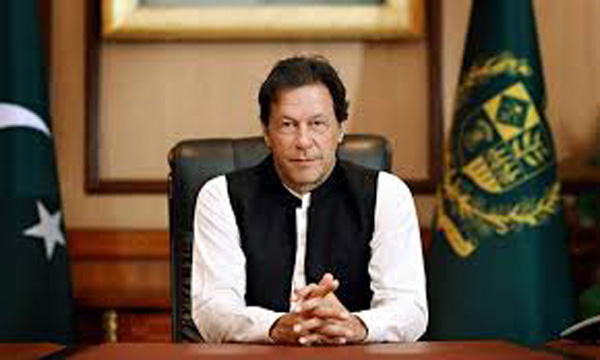 What an apt observation by John F Kennedy when he said: “Mothers all want their sons to grow up to be president, but they don’t want them to become politicians in the process.”

If politics is considered undesirable by the general public then why would someone want to become a politician? Why, say an electrical engineer leaves the security of his steady job and moves to a most unpredictable zone of activity or what drives an affluent stock broker from the comfort of his villa to venture into the uneasy realm of politics? These are questions that do baffle the ordinary folk whose only connection with politics is perhaps limited to casting a vote in the general elections.

The idea of participating in politics is not as decisive as wanting to become maybe a medical doctor for which the path is quite straight and defined. If you ask a child in a secondary school class of 25 about his future ambitions, hardly any would opt for politics, unless perchance he belongs to a political family. A few decades back, children were more inclined towards taking after their father’s profession or business but with new and more advanced openings this tendency is restricted mostly to the labour/vocational class. Today there is a greater yearning for a high standard of life which requires a steady and guaranteed source of income which in turn means professional competence, solid investments with good returns or a thriving business empire.

The pathway to a political career is never clearly marked. There are many unseen obstacles and diversions and depending upon the position an aspiring politician wants to hold, the amount of struggle, perseverance together with hopes and disappointments are totally unpredictable. It took 22 rocky years for Imran Khan, to reach the cherished goal of becoming prime minister of Pakistan. Nelson Mandela spent 27 years of his precious life in prison before he could take the presidential charge of South Africa and that too only for five years. There are many such leaders whose claim to success was possible only after prolonged periods of physical and mental hardships. Rarely, a seat of power is attained effortlessly and when this does happen, it is usually more in the character of a puppet on a string rather than an assertive and powerful genuine head of state. In Donald Trump’s words: “I’ve been dealing with politicians all my life. And I’ve always gotten them to do what I need them to do.”

To become a politician, a decent education cannot be ignored. Politics is a full time profession and not some virtual reality nor a video game that can be played at leisure and any Tom, Dick or Harry can one day wake up from a reverie and see himself sitting on the throne of power. Taking the reins of a country in one’s hands is no joke. It requires immense confidence and multiple skills along with a sharp mind and substantial knowledge about world history, geography and politics. Unfortunately in Pakistan, there are leaders who, for example, have no clue about the Watergate Scandal nor are they clear about which country is situated in the proximity of which country. Many on the spot interviews also reveal the level of intellect and understanding of some of our leading politicians whose videos then become a laughing stock on social media.

Politics is not a profession that can be viewed lightly

Some of the important credentials of a successful politician are that he is determined, has unquestionable integrity, has an unshakeable belief in his cause, has a university degree regardless of the subject, is up-to-date on world affairs, has the ability to keep himself composed, especially during trying times and last but not the least, is endowed with good communication skills where the choice of words are carefully made and the tone is gentle but firm. On the yardstick of these characteristics, it would be interesting to see how many of our elected members actually qualify to assert a political hold over this country. Any session of the federal and provincial assemblies is enough to unravel the true colours of our elected representatives. The way they behave and talk give rise to doubts as to their family backgrounds and upbringing, making the onlooker wonder why he/she chose them as representatives.

Coming from a political family is no qualification either, especially in a democratic set-up that is why some of the prosperous countries would not be led by men and women from the ordinary middle class. In a monarchy, princes and princesses are primarily trained to take over the throne. From an early age, they are moulded in a particular manner so that when they assume power, they smoothly adapt to the new responsibilities of the state. Pakistan also has political heirs but they are heirs on account of being the offspring of a former prime minister and not because they have the requisite qualifications. A dig into their past would reveal how they were literally pushed through school, college and university; how they were pampered at the cost of the taxpayers’ money and how their youthful stupidities were covered up by their influential parents. With such a background, it would be suicidal to allow these ‘political heirs’ to decide the fate of 220 million people.

Politics is not a profession that can be viewed lightly. It is a serious matter just as any other occupation requiring a certain level of competence and prudence. Thus, if a surgeon is not adept at his job, he could be risking permanent disability of his patient. A half-baked engineer could be playing havoc with countless people’s lives if he gets a contract to build a bridge in the mountains. An incapable professor may wreck the students’ future by teaching an out-dated syllabus. A lowly lawyer can actually ruin the case of his innocent client if he lacks a grasp over his subject. Every walk of life has such examples. People do understand the need for expertise in work and profession, yet when it comes to casting a vote, they conveniently overlook everything to elect just anyone who holds a ticket. There is no demand for public debates between aspiring candidates nor is there a scrutiny of their credentials to establish their eligibility for taking over crucial affairs of the country.

Just like any other professional courses, there should be one for aspiring politicians. Universities could introduce special diploma classes which should be a mandatory qualification for would-be leaders. Imagine, a five-star general who has undergone rigorous training at every step of his career, talking about strategic issues with someone who barely made it through matric and has never faced harshness of life. No doubt, politics is not a game of chess. It is a difficult terrain, meant only for the genuinely brave and committed.

The writer, lawyer and author, is an Adjunct Faculty at Lahore University of Management Sciences