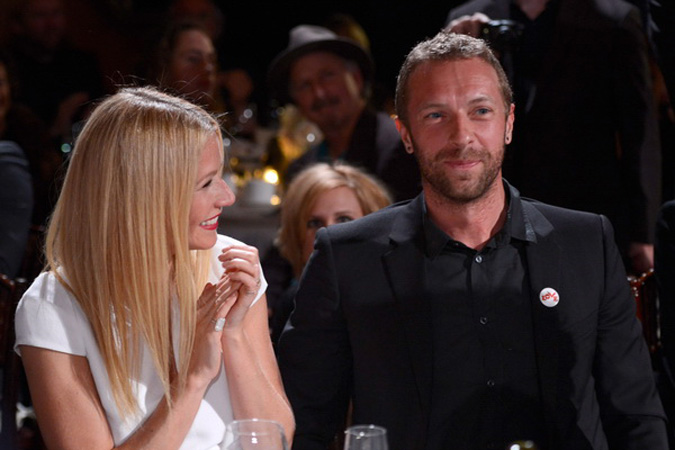 It’s been six years since Gwyneth Paltrow and Chris Martin announced they were consciously uncoupling.

In a new article penned for British Vogue, the 47-year-old actress looked back at her split from the 43-year-old singer and the lessons they learned that changed breakup culture.

The Oscar winner recalled how she knew their marriage was over during a trip to the Tuscan countryside for her 38th birthday.

“Fall was coming; the leaves were just loosening their grip on bright green. Inside, the cottage was perfectly appointed in the way you dream of for a birthday trip: cosy living room with a fireplace, kitchen table overflowing with spoils from the farm nearby-peaches, tomatoes on the vine, basil, eggs,” she wrote. “I don’t recall when it happened, exactly. I don’t remember which day of the weekend it was or the time of day. But I knew-despite long walks and longer lie-ins, big glasses of Barolo and hands held-my marriage was over.”

Paltrow noted “it would be years” until they said the words aloud.

“But, that weekend, a dam had cracked just enough to hear the unrelenting trickle of truth. And it grew louder until it was all I could hear.”

While Paltrow acknowledged she and Martin “were close” and “had always been friends,” she also claimed they “had never fully settled into being a couple.”

“We just didn’t quite fit together. There was always a bit of unease and unrest. But man, did we love our children,” she explained, citing their daughter Apple Martin, 16, and son Moses Martin, 14.

The Shakespeare in Love star remembered how she and the Coldplay artist “tried everything” between the day she knew their marriage was over and the day they shared it with the world.

“We did not want to fail. We didn’t want to let anyone down,” she continued. “We desperately didn’t want to hurt our children. We didn’t want to lose our family. The questions, both philosophical and tactical, seemed unfathomable: Who sleeps where, how does bath time work, what do we say to the kids? I bent myself into every imaginable shape to avoid answering them.”

Despite their efforts, Paltrow knew the marriage was over. Still, she wondered if there was a way the exes could keep their family structure intact. Could they still enjoy vacations and meals together, and could they continue to support and want the best for each other?

The answer to these questions was “conscious uncoupling,” a phrase they were introduced to by their therapist. Paltrow initially thought the term “sounded a bit full of itself, painfully progressive and hard to swallow.” However, she was “intrigued” by the concept, and the two decided to give it a try.

‘Fall was coming; the leaves were just loosening their grip on bright green. Inside, the cottage was perfectly appointed in the way you dream of for a birthday trip: cosy living room with a fireplace, kitchen table overflowing with spoils from the farm nearby-peaches, tomatoes on the vine, basil, eggs,’ she wrote

“It was hit and miss,” she wrote for the magazine. “We had great days and terrible days. Days when we couldn’t stand each other but forced ourselves to remember what we were aiming for. Somehow finding a way to smile and hug and take the kids out for brunch like we had planned.”

The family had also just moved to Los Angeles and Paltrow worried about how her kids would handle facing a new life, family structure and school and if the public would find out about the split. She wrote about how she “felt ruled by fear” and how that time was “probably the most challenging year” of her life.

Eventually, Paltrow and Martin decided to announce their breakup in a Goop email.

“The public’s surprise gave way quickly to ire and derision,” she wrote. “A strange combination of mockery and anger that I had never seen. I was already pretty tattered from what had been a tough year. Frankly, the intensity of the response saw me bury my head in the sand deeper than I ever had in my very public life.”

However, she claimed conscious uncoupling has since “permeated the breakup culture” and that people want to know how to adopt it. While Paltrow noted “it’s different for every couple,” she explained how she had to be “accountable” for her own part in the dissolution of the marriage, practice forgiveness, let go of spite and learn that “it’s OK to stay in love with the parts of your ex that you were always in love with.”

Paltrow has since remarried. She wed Brad Falchuk in 2018. Martin also started dating Dakota Johnson in 2017. The exes continue to co-parent their children and enjoy everything from holidays and birthdays to vacations and family outings together.

“I know my ex-husband was meant to be the father of my children, and I know my current husband is meant to be the person I grow very old with,” Paltrow wrote. “Conscious uncoupling lets us recognize those two different loves can coexist and nourish each other.”