Cops kill citizen, injure another over ‘misunderstanding’ in Karachi 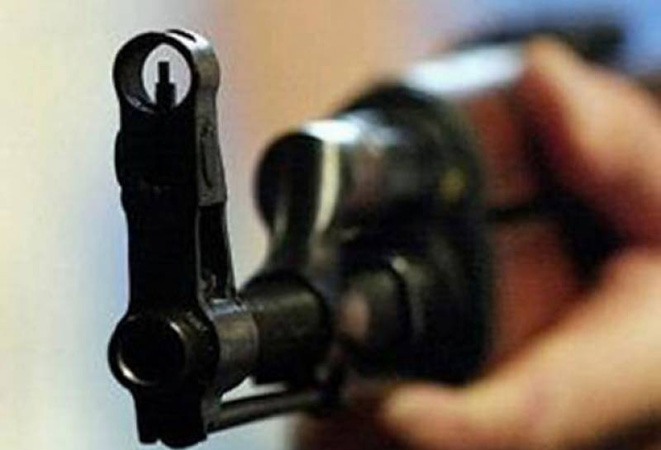 A man was killed and another injured on Friday when police personnel opened fire at them on I.I. Chundrigar Road over a “misunderstanding”, assuming the men to be robbers. The incident prompted higher authorities to take notice and the three policemen involved in the incident were subsequently detained.

According to Mithadar police, 48-year-old Muhammad Aslam was shot dead while 26-year-old Waqar Muhammad was injured near Techno City after officials opened fire.

Noman, a friend of the injured, said that the two were travelling on a motorcycle when he received a phone call. “Policemen standing next to a parked mobile opened fire as I took out my cell phone,” he said, adding that his friend sustained bullet injuries.

He maintained that he had raised his hands and proclaimed his innocence, but officials opened fire again, injuring a passerby, Aslam. “I told the police that we were not robbers while having my arms raised,” he said, adding that after some time the officials abandoned the vehicle and fled the scene.

Both the victims were taken to Dr Ruth Pfau Civil Hospital, where doctors pronounced Aslam dead. Police surgeon Dr Qarar Ahmed Abbasi reportedly said that the deceased had suffered a single bullet wound, which struck his chest after piercing his hand. The wound proved to be fatal.

He added that Waqar had also sustained a bullet injury on the hand, but was discharged after being administered medical aid.

Meanwhile, DIG South Javed Akbar Riaz said that the officials had resorted to firing after thinking that the men were suspects. He said that all three constables, identified as Imran Habib, Imran and Sarfraz had been taken into police custody and were being investigated.

The DIG added that City SSP Muquddas Haider had been directed to conduct an inquiry into the incident.

Haider said that the policemen had “some misunderstanding” that the two men on the motorcycle, Noman and Waqar, were robbing Aslam, who was also on a motorcycle.

“They climbed out of the police mobile and one of the cops fired a single shot while a second policeman fired another shot as one of them had his hand in his pocket and they assumed he was taking out a pistol,” he said.

“Such incidents are not acceptable under any circumstances,” he said.

In November last year, police firing on a vehicle in Karachi left one person dead and another injured. Three policemen were arrested in connection with the incident.

In 2018, authorities had decided to replace Kalashnikov rifles and arm policemen deputed at checkpoints, on patrol and escort duties with small guns after a 10-year-old girl died after being hit by a bullet fired by a policeman.

The decision to arm policemen with pistols, or revolvers, was taken to avoid the display of assault rifles.