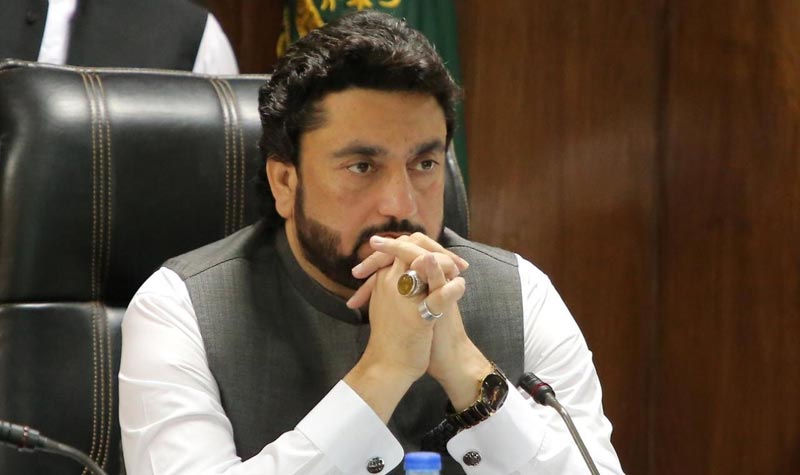 Chairman of the Parliamentary Committee on Kashmir Shehryar Khan Afridi has urged upon the international community and the United Nations to designate Rashtriya Swayamsevak Sangh (RSS) as a terrorist organization, due to its internationally well-known and long history of being involved in acts of violence against minorities in general and Muslims in particular, which represents a grave and blatant violation of the International Humanitarian Law, United Nations Charter and the UN Declaration of Human Rights.

The Chairman made these comments during a meeting with a delegation of Legal Forum for Oppressed Voices of Kashmir (LFOVK). The delegation was led by head of the delegation Advocate Nasir Qadri, Mohammad Umar, Ahmed Bin Qasim, Zainul Abideen, Bakht Fatima and others.

Qadri on the occasion briefed the Kashmir Committee Chairman on its documentary developed on One Year of Military Siege of Illegal Indian Occupied Jammu & Kashmir by India.

The documentary titled “Kashmir Holocaust” was released for the world on August 5. Afridi lauded the services of the LFOVK and said that the documentary would go a long way in exposing the war crimes being committed by Indian forces in the IIOJK. He said Pakistan assures the Kashmiris of an un-wavering and strong political, diplomatic, legal and moral support for their legitimate and UN-recognized struggle for their right of self-determination.

He urged the international community, United Nations and all international institutions to play an active role in stopping the Indian brutalities, oppression and reign of terror against the people of the Occupied Jammu and Kashmir.

Paying great tribute to the sacrifices made by Kashmiri people, Afridi said that Pakistan recognizes the efforts and sacrifices of the courageous and valiant people of Kashmir and all those men, children, women and men who have laid down their lives or lost their limbs, eyes and their loved ones for their Internationally-recognized right and just struggle for Self-determination are real life heroes.

Afridi appreciated the Report of the Office of the High Commissioner for Human Rights (OHCHR) of June 2018 and July 2019 documenting extensive and systematic human rights violations in the IIOJK. Recalling the recent Report of the Indian Illegally Occupied Jammu & Kashmir based ‘Forum for Human Rights in Jammu and Kashmir”, Shehryar Afridi called for the release of all political prisoners.

He urged the international community that any action through political, legal, demographic or military means, particularly those taken on or after August 5, 2020 by India to alter the international or demographic character of the Jammu and Kashmir dispute represents a blatant violation of the United Nations Security Council resolutions.

“Any political act by India in Kashmir cannot be a substitute for the UN-recognized right of self-determination for the Kashmiri people. We strongly condemn and reject any such illegal Indian action,” he added.

Kashmir Committee chairman expressed deep concern at the Indian attempts to alter the demography through ethnic cleansing, illegal issuance of domicile to non-Kashmiri individuals to allow them to settle in the Indian Illegally Occupied Jammu & Kashmir, in violation of the International laws and UN resolutions.