Understanding Ibn Arabi on Islam and kufr, guidance and misguidance

Nothing divides Muslims amongst themselves and alienates them from other religious communities than the dispute over what constitutes Islam and straight path or the path of the community or swadi-azzam. Nothing can help them better than recourse to Ibn Arabi. Why I argue by reading him especially his Fusûs al-hikam and his Futuhat today on the question of straight path. And let us not forget that he sticks to the letter and none can fault him for simply abandoning literal meaning. He meticulously explores words of scripture with different connotations and derives his insights which only occasionally appear far-fetched.

Ibn Arabi shows how in our denial of truth we nonetheless affirm it – a curved path too is a straight path (more precisely we don’t need to travel at all on any path, to think of taking the straight path is to wrongly imagine a distance between the Real and its “children” which we are). All things are on the straight path even if it deviates for, as Ibn ‘Arab? says in the Futuhat: “… curvature is straight in reality, like the curvature of a bow since the straightness which is desired from it is curvature … and all movement and rest in existence is divine because it is in the hand of the Real.” His ingenious reinterpretation of key terms of exclusion such as kafir, fajir, zalim has been quite hard to comprehend even for many of his followers. But what has been missed by his critics is that he sees from metaphysical, not religious lens primarily and self avowedly it is non-dualist where exclusionary terms can only have a provisional or limited scope. One can only be less or more or fully open to the revelations of the Real or ever on the move in the path of love and even escape from God is really a turn to His other face. As such we can’t have absolutized fixed categories especially when they exclude.

Understanding Islam in terms of submission – Ibn al-‘Arab? states in Fusus that what is meant by isl?m is the general notion of ‘submission’ (inqiyad) and elaborating the view that to be is to submit and willy nilly worship can only have one object – the case for kufr becomes Ibn Arabi doesn’t place misguidance at the same plane as guidance even if both of them are effects of divine names. He weighs everything in the scale of law – a procedure secular modernity would vehemently reject. Although everything is a “face” (wajh) of God-“Wherever you turn, there is God’s face” (Quran, 2:115) – we need to make distinctions among the omnipresent faces to account for the multiplicity around. Everything is ultimately an effect of one of the infinite specific divine names. We can’t write off distinctions and refuse to recognize distinct haqqs of everything. All perspectives are valid but all of them don’t lead to felicity. All of them are not straight for man though they are so for God. A plethora of perspectives are all valid due to the very nature of Absolute which is infinitely rich and the essence of everything and the object of every conception and perception but man needs to face the right face, the face of beauty and not of majesty. Man can ill afford distance. He is made for love and love leads him to the proximity of God. Outside God there is no felicity, no bliss. Modern man is self exiled to hell where he imagines to hide from God. But this is impossible as is evidenced from the painful tone of modern literature. Lost in fragmentary images that modern art form depict modern man is still, badly and painfully, in search of his soul. 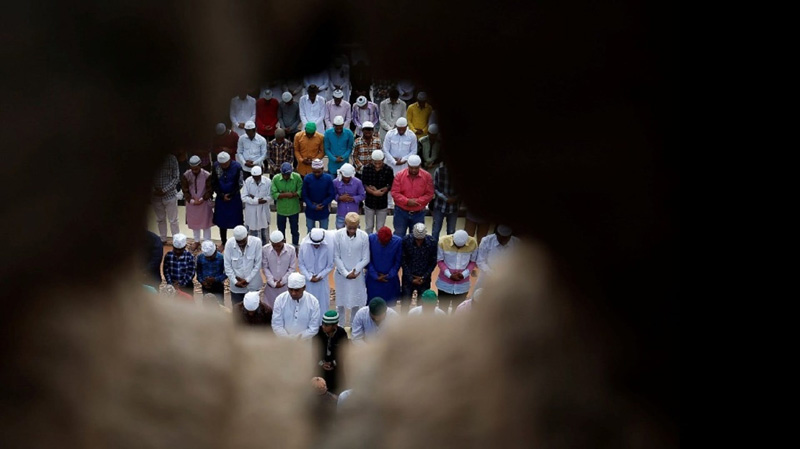 Ibn ‘Arabî ‘s perfect man is open to all forms, to infinite disclosures of God which change every instant. He lives moment to moment as he is abdul waqt, the servant of the Instant. For him, as for Zen, ultimately, there is no distinction between the immediate and the ultimate and there is no goal as such, each step is the goal, each moment is the goal. A blade of grass is inwardly the Absolute.

If everything is in way perfectly as it should be what point is in sending prophets and exhorting people to truth? Ibn ‘Arabî ‘s commentator and author of Bursevi Fusus answers the question thus: “This one cannot say, because this invitation is the invitation from the Name Misleader (mudill) to the Name Guide (hadi) to Truth, and the invitation from the Name Compeller (jabbar) to the Name Just (‘adl).” We can add that it is, in general, an invitation from the Names of Majesty to the Names of Beauty, from what necessitates suffering on a human plane to that which engenders peace and bliss. We need to invoke the Names of Beauty to be relieved of the effect of the Names of Majesty. This explains why idolatry, shirk and other forms of misguidance are to be guarded against as they limit our openness to the Real or access to the founts of joy that Reality is. In fact joy is contact with reality and sorrow distance from it as Simone Weil has noted.

From Ibn Arabi’s understanding of divine names it follows that we should not expect to see manifestations of only selected divine names. The theatre of the universe can’t go on if effects of the names of severity – distance, strife, conflict, disequilibrium – are absent. Men have differed and will continue to differ until all veils are torn asunder when the reality of differences in beliefs shall become known. Differences will never be fully obliterated and pain and conflict or disequilibrium never cease to characterize our state in the world which is by definition a state of disequilibrium because of our ontological distance or difference from the Principle which alone is Good.

If everything is decreed and nothing goes against divine will and God is in full control every moment and guides everything perfectly as the Quran affirms and Muslim creed states, a sort of Hegelian thesis of rationality of the real gets vindicated though we must note that Ibn ‘Arabî, like the sacred texts, never tires of emphasizing the need of discernment and action and responsibility and ever fighting evil with all one’s resources. There is no contradiction between these two views as the later too is ultimately part of the divine programme as clearly formulated in scriptures which stress sha’ria as well as haqiqah., Furqan as well as Quran. Ibn ‘Arabî went so far as to state that sharia is haqiqa to question those who can’t move beyond binaries though it is clear that esoterism embraces and transcends the exoteric aspect embodied in sha’ria.

For ibn Arabi Idolatry, atheism and other ideological positions considered problematic by the Revelation fail to attend to the haqq of every existence or demand to be truly universal or open to truth in all forms, familiar and not.

The writer has published widely on comparative mysticism and Muslim thought. He blogs a maroofshah.blogspot.com and can be mailed at marooof123@yahoo.com.