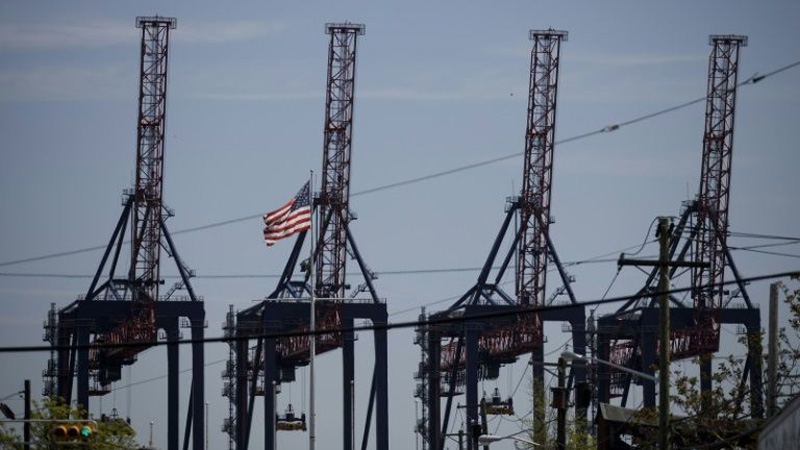 Nervous investors struggled Wednesday following the previous day’s rally with US lawmakers still unable to thrash out a key new stimulus package, and the White House and China agreeing to review their much-vaunted trade deal.

Long-running uncertainty about the global economic outlook caused by the coronavirus and a weak dollar helped push gold to new records after breaking the $2,000 barrier for the first time, while Europe is bracing for a second wave of infections.

With key unemployment benefits and a ban on evictions already lapsed for millions of Americans, Republicans and Democrats remain far apart in talks on a fresh economic rescue package.

House Leader Nancy Pelosi has warned the Democrats will not budge from their $3 trillion plan, which includes an extension of a $600-a-week supplementary benefit. The Republicans’ $1 trillion proposal sees that handout slashed to $200.

“Failure to agree to another round of stimulus would hit the US economy hard at a time when high-frequency data suggests it is losing some momentum,” said National Australia Bank’s Tapas Strickland.

But while the two parties appear unable for now to come together on a deal crucial to prevent a financial meltdown, there is an expectation that with an election three months away, they will eventually meet somewhere in the middle.

The ever-present spectre of China-US tensions was again at play after the two sides said they would hold talks next Saturday to review their trade deal signed to much fanfare in January.

With the relationship between the two growing increasingly spiky — owing to issues including Hong Kong, the coronavirus and more recently TikTok — there are worries over the agreement, which brought an end to a protracted and painful trade war.

‘Unwelcome can of worms’

Observers point out that China has only imported a fraction of the energy products it said it would under the deal, owing to the impact of the pandemic on world trade.

“Rising trade tensions between the US and China could open up an unwelcome can of worms,” said Stephen Innes at AxiCorp. “The market’s primary thesis on what ultimately matters for growth assets is whether a US-China geopolitical escalation morphs into an economic dustup.”

However, he pointed out “this could be little more than the US administration browbeating as quashing the trade deal before the election”.

“Ultimately, rolling back the trade deal would dent stock market sentiment… (which) one would think President Trump would vehemently oppose in a run-up to the 2020 elections”. Tokyo and Shanghai were down 0.6 percent while Hong Kong lost 0.1 percent, Sydney shed one percent and Wellington eased 0.2 percent.

However, there were gains in Seoul, Taipei, Singapore, Manila and Jakarta.

Unease about the progress of US stimulus talks, the ever-weaker dollar caused by Federal Reserve monetary easing and new flare-ups in virus infections around the world sent gold surging past $2,000 Tuesday.

And the yellow metal continued its march in Asian trade, touching a new record of $2,031.14, with analysts tipping it to continue higher still as investors bet on the long-term view that inflation will surge once the economic and virus crisis has passed.