Bella calls out the fashion industry over deep-rooted racism 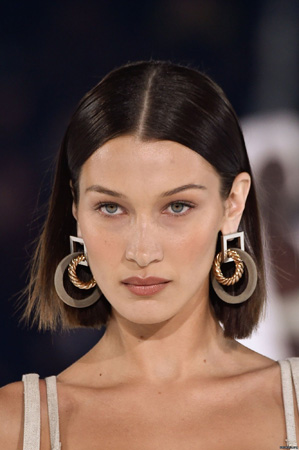 Bella Hadid has stepped forward recently to stand in support for her Black colleagues by highlighting the racism that is runs rampant in the fashion business.

The 23-year-old fashion icon explained how significant it was for her to use her colossal platform to highlight the plight of the African American community, after the recent unrest the United States saw over the surge in racial crimes.

“I have so much responsibility to use my platform for good, especially as I get older,” she said in the new August digital cover story for Elle.

“I want young girls and boys to know that it is okay to use your voice and demand justice for what is important to you. I want them to know it’s okay to be empathetic and gentle, but to be strong and speak your truth at the same time,” she went on to say.

“Going into the next season, my fear is having to see another one of my Black girlfriends get her hair burned by a hair straightener, or do her own makeup because the makeup artist hasn’t been trained to work with all different skin types,” she continued.

‘I have so much responsibility to use my platform for good, especially as I get older,’ she said in the new August digital cover story for Elle

“I hate that some of my Black friends feel the way they do. Even if they’re sitting front row, they’re not feeling accepted. Our industry is supposed to be about expression and individuality, but the reality is that [many people] still discriminate because of exactly [those differences],” she added.

During the upsurge in the Black Lives Matter protests back in May, Hadid had turned to her Instagram and announced her donation for the NAACP Legal Defence Fund, while expressing her support for all those demanding justice and an end to racial inequality.

“I’ve been sitting here listening. Understanding. Educating myself. Making calls to demand justice. Donating. And reaching out to friends just in case they feel hurt or lost this week,” she had written.