Lebanese rescue workers dug through the rubble looking for survivors of a powerful warehouse explosion that shook the capital Beirut, killing 100 people and injuring nearly 4,000. 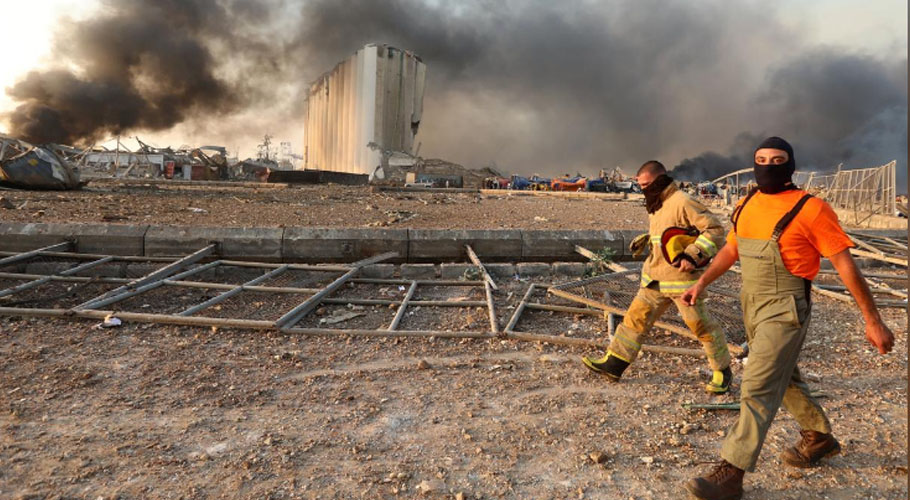 The blast at port warehouses storing highly explosive material was the most powerful in years in Beirut, already reeling from an economic crisis and a surge in coronavirus infections.

Lebanon’s prime minister, Hassan Diab, has blamed today’s catastrophe on the explosion of 2,700 tonnes of ammonium nitrate, which can be used to make fertilisers and explosives. The same highly explosive compound was also involved in Tianjin, a major port city 70 miles south-east of the capital, Beijing.

On the night of 12 August 2015, a series of cataclysmic detonations rocked an area of warehouses where large quantities of hazardous chemicals, also including sodium cyanide and potassium nitrate, were being stored, in some cases illegally.

Hours after the blast, a fire still blazed in the port district, casting an orange glow across the night sky as helicopters hovered and ambulance sirens sounded across the capital.

The blast revived memories of a 1975-90 civil war and its aftermath, when Lebanese endured heavy shelling, car bombings and Israeli air raids, while ome residents thought an earthquake had struck.

Prime Minister Hassan Diab promised there would be accountability for the deadly blast at the “dangerous warehouse”, adding “those responsible will pay the price.”