Idioms and sayings have a global ancestry. You have universal truths and wisdoms stated in most ancient languages and cultures. Example, “lies have no legs” or “truth ultimately prevails” and many more. However Urdu and Punjabi sometimes have a uniqueness of expression difficult to replicate. It must be my lack of grasp of other languages causing this limitation. 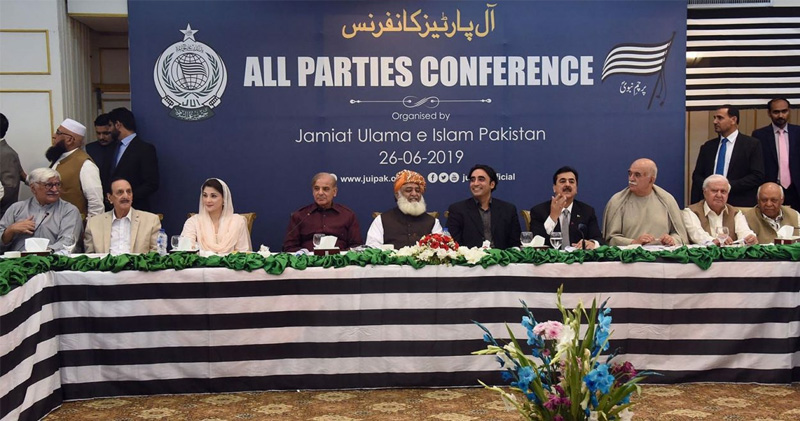 I must confess my comfort level with English is quite high yet I could not find equivalents for “Chori aur sena zori” in Urdu or “Naaley chor naaley chatr” in Punjabi. The closest translation in English is “smartass thieves”. These sayings pop up in my mind any time I reflect on how our society operates.

I watched the passage in the Senate of Bills pertaining to FATF and Kulbhushan Jadhav. All in national interest, kudos to the participants. Opposition parties supported them except Maulana Fazal and his gang. He likes being the “fly in the ointment”, a minor irritation that spoils the success or its enjoyment. It could be a result of the saying “whoever wields the sword decides who holds the pen”. It is so badass yet so true.

A bit of muscle flexing by those who matter, and suddenly patriotism and national interest wakes up. The timing is interesting. This legislative huddle came at a time when the opposition parties were seriously preparing to dislodge the PTI Government. If it is so doable why are we a nation adrift?

The moot point for the PML(N), the PPP and all their offsprings is how to neuter NAB. For those unfamiliar with this term, it is the ability to reproduce. With this as their focal point, they have peppered and spiced their agenda by showing concerns for the common man. After all they need the masses to come out supporting their power grab.

I enjoy the pious uttering’s of Khawaja Asif and ex-PM Abbasi. So righteous, so compelling and yet so self serving! More entertaining is the rhetoric of overgrown Glaxo baby Bilawal! Delivering his speeches in a sing song voice, just watch the disconnect between his words and his facial expressions. He is so bored and so out of it. I am sure he is desperate for papa Asif to pass on so he can enjoy his summers on French Riviera in the company of his choosing.

They pretend to be motivated by the miserable plight of the suffering poor. They stay up nights worrying how PM IK is pushing the country to the brink of disaster. Yet most of them have not done a day of hard work ever in all their protected lives; born with a silver spoon in their mouths.

Pakistan’s issues are huge. We have two of the largest provinces totally adrift. Sind is in the clutches of vultures whose greed has no limits. Punjab is run by a nut less leader who finds it difficult to differentiate between the moon and the sun. These toothless and clueless Provincial governments have totally failed to establish the writ of the state. They have miserably failed in controlling prices; prevent hoarding and profiteering to relieve the inflation crushed masses.

This gloom arises from inability to provide inexpensive basic food to people; it is so doable yet undone

PM IK is being eroded from within; yet each visit to Lahore concludes with him giving CM Buzdar another lease of life. The CM seems to have discovered the blind spot of PM IK’s rear view mirror. Valuable time is being lost and even worse is erosion of credibility. “You miss opportunities and they start bypassing you”, the warning bells ring loud. I hope the corridors of power are not so insensitive.

What is the opposition so worked up about? They have a serious issue with the Supreme Court, PM IK and NAB’s accountability. The decades of loot and plunder continues to hound them. They are willing to be a pliant, even a subservient opposition if they can defang NAB. The sword of Damocles continues to hang over their heads.

This ever present peril to those who sucked the blood of the nation like leeches unnerves them. The top of the dung heap being Nawaz Sharif closely followed by younger brother Shahbaz and Asif Zardari. The opposition is going for the jugular; they want to be freed in one stroke. Change NAB laws so they can enjoy their plundered wealth. It is a no go area for PM IK. Conceding even an inch will demolish his platform; he can’t cut his own legs from under him.

This gloom arises from inability to provide inexpensive basic food to people; it is so doable yet undone. Despite this, Pakistan is poised for a good run. Threat of COVID-19 is receding and the geopolitical situation has altered dramatically. Iran has gotten off the seesaw in its relations with India. It has adopted China as a big brother.

China has given a bloody nose to Modi’s macho rhetoric. The USA has receded from its traditional role under President Trump fighting for his own political survival. Afghanistan’s anti Pakistan forces stand severely challenged. FATF’s dark clouds are breaking up. CEPAC is happening; it is now the cornerstone of the Belt and Road Initiative.

This is a God send opportunity for PM IK to buckle up and reboot. The way forward is clear. PTI has to focus on its agenda and keep improving its team. Shed the non performers and replenish your reservoir with competence, talent and above all commitment. It is available within Pakistan and outside from amongst motivated Pakistanis. Reshape the redundant laws so fair and quick justice can be dispensed. Pakistan can see better days provided political will endures and the delivery system is made efficient.