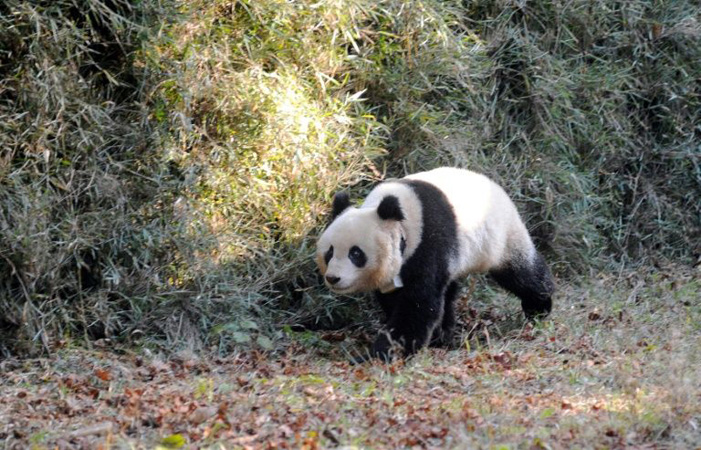 It may be one of the most recognisable symbols of conservation, but efforts to protect the giant panda have failed to safeguard large mammals sharing its habitats, according to research published Monday showing dramatic declines of leopards and other predators.

The giant panda has won the hearts of animal lovers around the world and images of the bamboo-eating creature with its ink-blot eye patches have come to represent global efforts to protect biodiversity.

Since conservation efforts began, China has cracked down on poachers, outlawed the trade in panda hides and mapped out dozens of protected habitats.

The strategy is considered one of the most ambitious and high-profile programmes to save a species from extinction — and it worked.

The panda was removed from the International Union for Conservation of Nature endangered species list in 2016 although it remains “vulnerable”.

But a new study published on Monday in the journal Nature Ecology and Evolution has cast doubt over the idea that efforts to protect the panda automatically help all other animals in its territory.

Researchers found that the leopard, snow leopard, wolf and dhole — also known as the Asian wild dog — have almost disappeared from the majority of giant panda protected habitats since the 1960s.

The findings “indicate the insufficiency of giant panda conservation for protecting these large carnivore species,” said Sheng Li, of the School of Life Sciences at Peking University, who led the research.

They found that leopards had disappeared from 81 percent of giant panda reserves, snow leopards from 38 percent, wolves from 77 percent and dholes from 95 percent.

The predators face threats from poachers, logging and disease, the study found.

The authors said a key challenge was that while pandas may have a home range of up to 13 square kilometres (5 square miles), the four large carnivores can roam across an area exceeding 100 square kilometres.

Sheng Li told AFP that individual panda reserves — typically around 300-400 sq km — are too small to support a “viable population of large carnivores like leopards or dholes”.

Panda conservation has helped protect other animals, he said, including small carnivores, pheasants and songbirds.

“Failing to safeguard large carnivore species does not erase the power of giant panda as an effective umbrella that has well sheltered many other species,” he added.

But he called for future conservation to see beyond a single species, or animals with “enormous charisma”, to focus on broader restoration of natural habitats.

He said he hoped this can be achieved as part of a proposed new Giant Panda National Park, a long-term programme that would link up existing habitats over thousands of kilometres to allow isolated populations to mingle and potentially breed. The recovery of large carnivore populations would “increase the resilience and sustainability of the ecosystems not only for giant pandas but also for other wild species”, the researcher added.

The IUCN estimates there are between 500 and 1,000 mature adult pandas in the Sichuan, Shaanxi and Gansu regions of China. The conservation group lists the leopard and snow leopard as vulnerable across the areas they are found in, while the dhole is listed as endangered.