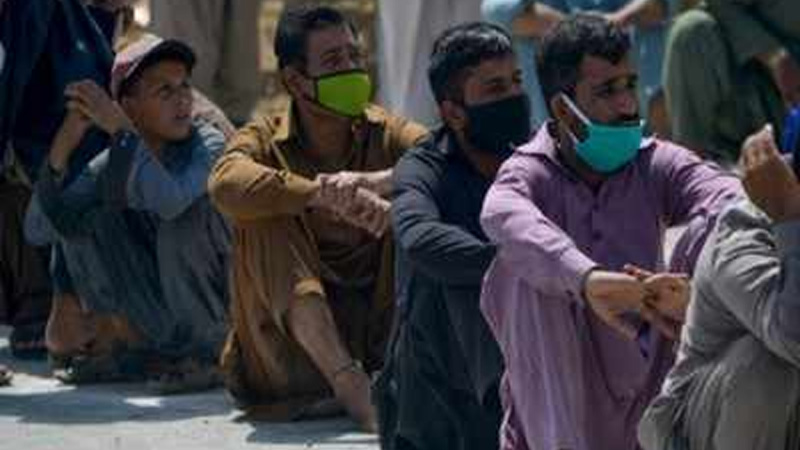 The number of coronavirus deaths in Pakistan surpassed 6,000 mark on Tuesday as the country reported 15 more deaths in the last 24 hours.

According to the latest figures issued by the National Command and Operation Centre (NCOC), 432 people tested positive for Covid-19 in last 24 hours. Sindh remains the worst-hit province by the pandemic in terms of cases followed by Punjab, Khyber Pakhtunkhwa and Islamabad. Till now, 122,016 coronavirus cases have been confirmed in Sindh, 93,336 in Punjab, 34,324 in Khyber Pakhtunkhwa, 15,095 in Islamabad, 11,777 in Balochistan, 2,097 in Azad Kashmir and 2,198 in Gilgit-Baltistan. Pakistan has so far conducted 2,031,955 coronavirus tests, with 10,690 in last 24 hours. At least 249,397 coronavirus patients have recovered in the country whereas 1,013 patients are in a critical condition.

Sindh reported 311 coronavirus cases and five deaths during the past 24 hours, according to Chief Minister Murad Ali Shah. In a statement, he said 3,922 tests were carried out during the last 24 hours. With the new cases, the provincial total has risen to 122,016 while the death toll is 2,231. He added that 2,019 patients had also recovered during this period.

In the light of declining cases of coronavirus in the province, the Punjab government on Tuesday sent recommendations to the NCOC to consider reopening tourist destinations and restaurants with standard operating procedures SOPs and allowing industries to work round the clock. The provincial government has also recommended the opening of hotels, marriage and meeting halls with the implementation of all SOPs and has requested to revise the timings of all businesses across the province.