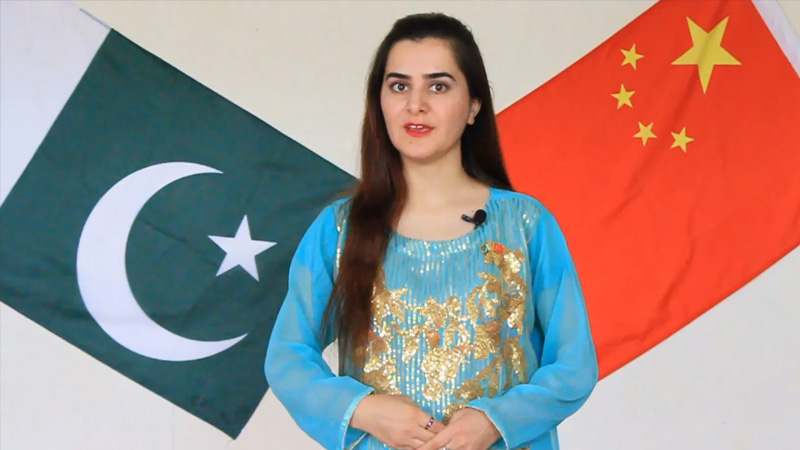 The 19th ‘Chinese Bridge’ Chinese Proficiency Competition for college students has completed and Haider Abbas and Saira Banu won the first and second places respectively. According to Gwadar Pro, the champion represents the country’s mandarin learners to attend the finals and compete with outstanding Chinese language talents all over the world. As a large-scale international annual event, the Chinese Bridge competition has been successfully held for 18 years since 2002.

Nearly 1.5 million college and middle school students from 154 countries have participated in the preliminaries, among which over 6,500 have been invited to China for the finals. Moreover, more than 100 million TV viewers worldwide watch the competition each year.

Due to the COVID-19 pandemic, this year the competition in many countries was held via Internet. In Pakistan, every participant submitted a video to showcase his or her Chinese proficiency.

Haider Abbas and Saira Banu from the Confucius Institute in Islamabad gained high marks because of their excellent linguistic competence.

Compared with other foreign languages, they highly recommend Pakistanis to learn Chinese, and shared their experience on how to grasp the language well. “Pakistan and China are working collectively on China-Pakistan Economic Corridor (CPEC) that brings thousands of jobs for bilinguals who are fluent in both languages. China is a leading country in the world of economy.

The two nations are on good terms in trade, commerce, arts, culture, science and technology. These facts provide excellent opportunities to the Pakistani students to learn Chinese language to explore one of the largest growing economies and job markets in the world,” Haider Abbas explained why he suggests people learn Chinese.

Moreover, both of them have got satisfactory jobs related to Chinese language. “I got my first job as a Chinese language instructor and now I have many students in different cities of Pakistan, some of whom are even double of my age.

“Currently I am working at a Chinese enterprise with a handsome salary. I am gaining great experience in translation and how to set up a new company, etc,” Saira Banu said with a sense of accomplishment. “CPEC is opening many doors of employment locally and helping to boost up the economy of our country,” she said.

When talking about the key to mastery of Chinese, Haider Abbas suggested that learning Chinese as a pictographic language and maximizing the interaction and communication with native Chinese speakers. Saira Banu thinks focusing on tones and phonemes is very important. Furthermore, watching Chinese dramas is also a way to speed up learning the language as well as the culture.

It’s learned that the finals will start from September to December. The participants will get scholarships to come to China for further study.