Protest & rally on one year military siege in IOK 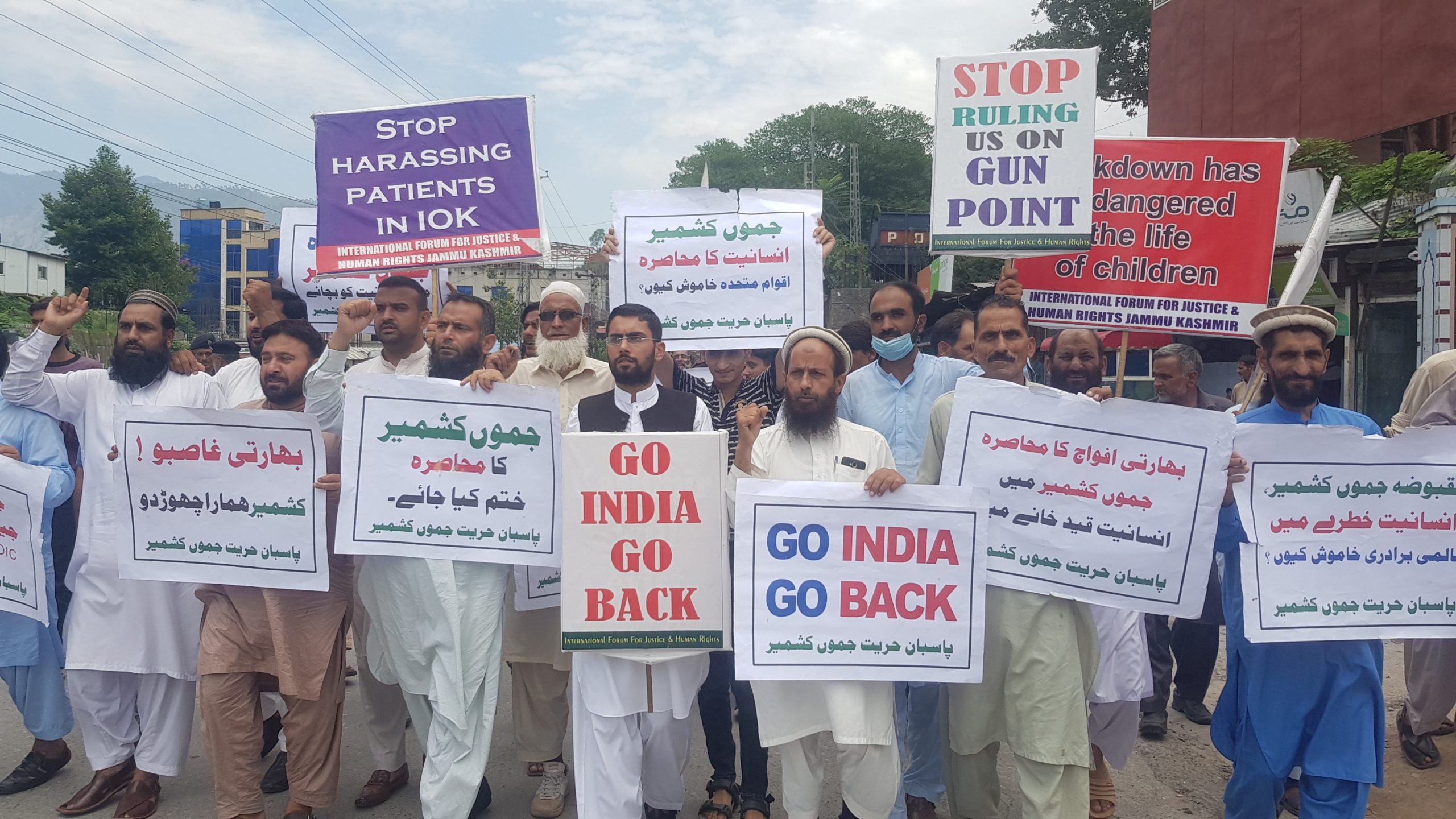 Muzaffarabad: Protest procession followed by rally was organized by Pasban-e-Hurriyat Jammu  Kashmir, International Forum for Justice and Human Rights (IFJHR) on one-year completion of military siege and division of the State of Jammu and Kashmir.

A large number of people gathered at Burhan Wani Chowk here on Tuesday, members of civil society, lawyers and Hurriyat leaders were also present on the occasion.

People were holding banners and placards stated slogans against the divisions of the state forcefully by India.

Talking on the occasion, speakers said that Jammu and Kashmir is one state and its identity will remain forever.

They reiterated that Indian status on Jammu and Kashmir is like a forceful occupational country and usurper of human rights.

They said, “Indian government showed state aggression in Occupied Jammu and Kashmir by dividing it and killing innocent civilians.”

Speakers maintained that many private properties including civil houses were set on fire by Indian armed forces, “under such circumstances the silence of international community will deteriorate the situation in IOK” they added.

They demanded United Nations to fulfill the promise of right to self-determination through a fair and impartial Plebiscite.