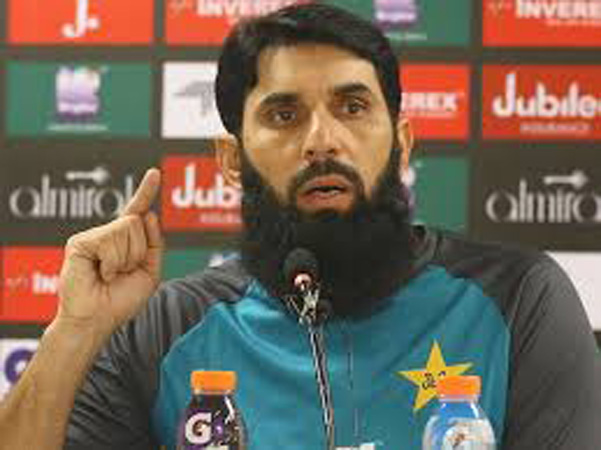 LAHORE: Expressing satisfaction with the team’s preparations for the England series, head coach cum chief selector Misbahul Haq has said the national team are in a good form and ready to play. “We started after three months from scratch, which has been good so far,” Misbah said while speaking through a video link on Monday. “The top-order’s performance is crucial to winning the match,” Misbah said, adding that the bowling side of both the teams was strong. The head coach added if his team were able to put up a score of over 300 runs on the board in the first innings, then they had 70 percent chances of winning the match. Pakistan will play three Tests and three T20 Internationals in bio-secure venues in Manchester and Southampton. Pakistan selectors will announce on Tuesday (today) a 16-member squad for first England Test which kicks-off at Old Trafford, Manchester on Wednesday (tomorrow). Pakistan are the second Test team, after West Indies, to tour England this summer.

He added that the players were eager to get back on the field despite slight nervousness. “When you play after a long gap there is bound to be some sort of nervousness but that is natural. As soon as the players step on the field, it will go away,” he said. “The players are fresh and anxiously waiting for the series to begin.” Misbah stated that the team management was considering the possibility of playing two spinners in the first Test against England. The selectors have already shortlisted 20 players for the Test series. The 20-player squad includes three spinners: Yasir Shah, Shadab Khan and Kashif Bhatti. “We will keep an eye on the pitch and the weather conditions, today and tomorrow, before taking a decision on whether to play two spinners or not,” said Misbah. “It is a possibility and an encouraging sign for us. The pitch and weather conditions might be favouring us at the moment but you still have to execute your plans properly to win,” he added.

While noting that this was an opportunity for young bowlers to exhibit their skills, he said that the Pakistan bowlers lacked experience when compared to their counterparts. Misbah said that Sohail Khan was bowling well, but a combination would be made based on the prevalent conditions. “We have to move forward and not think about ourselves only,” he concluded.