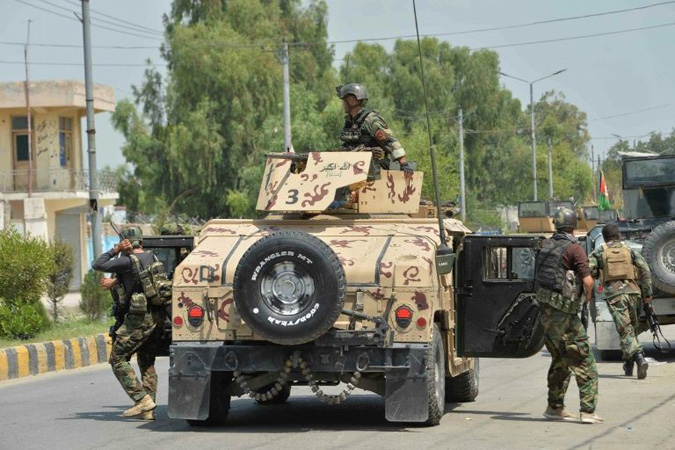 At least 29 people have been killed in a raid on an Afghan prison claimed by the Islamic State group, officials said Monday, as the country waited to see if a government ceasefire with the Taliban would rupture after its formal expiration.

Fighting was still raging at the jail in the eastern city of Jalalabad, where some 1,700 IS and Taliban inmates were being held. IS’s news outlet Amaq said its fighters were behind the raid, which saw hundreds of inmates escape before many of them were recaptured.

The ongoing attack was Afghanistan’s most violent incident since the Taliban and Afghan security forces held a three-day ceasefire over the Eid al-Adha festival which ended Sunday. IS was not part of that truce which Afghan authorities hope will pave the way for peace talks with the Taliban as soon as this week. Under a deal signed by the Taliban and the United States in February, the “intra-Afghan” talks were slated to start in March, but were delayed amid political infighting in Kabul and as an agreed prisoner swap dragged on. Both Kabul and the Taliban have signalled they could be ready to start talks after Eid, and the Afghan government on Sunday offered to extend the ceasefire. The insurgents have not formally responded.

The biggest hurdle to talks starting is a contentious prisoner swap stipulated under the US-Taliban deal.

Under the exchange, Kabul is meant to free around 5,000 Taliban prisoners in return for 1,000 Afghan security personnel held captive by the insurgents.

The National Security Council said Sunday that more than 4,900 inmates have been freed, and the Taliban last week said they had already met their side of the commitment.

Afghan authorities however have refused to free hundreds of Taliban inmates accused of serious crimes.

A gathering of Afghan elders will decide their fate on August 7 in Kabul, President Ashraf Ghani’s spokesman said.

The rare respite from violence over Eid gave some Afghans the opportunity to safely visit relatives after long periods apart. “I managed to visit my village for the first time in two years,” said Khalil Ahmad from volatile Uruzgan province.