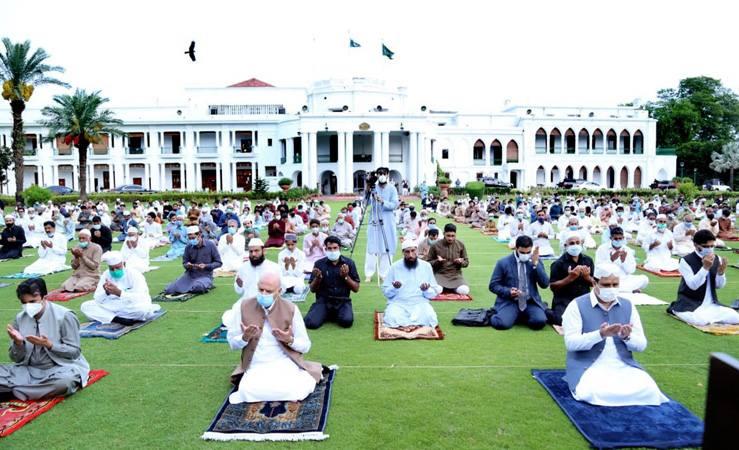 A high-level meeting was also held under the chair of Chief Minister Usman Bazdar where he was briefed by Secretary Local Government about the arrangements made for the cleanliness in Punjab including Lahore. Usman Buzdar inquired about the sanitation situation of various cities from the administration of respective cities through video link and issued necessary instructions. He said that it is a national obligation to keep the cities clean. He said that prizes will be given to those who will show outstanding performance and explanation will be sought from those showing poor performance.

He said that the capacity of the local bodies department is being enhanced. We are heading towards new local bodies elections. The new local body system will empower the people in real sense. The local bodies system will resolve the people’s problems at the grassroots. A new local government academy will be set up in Lahore. He directed that officers should remain present in the field to monitor the sanitation arrangements. The change should be visible to all. He further said that serving people is the main priority of the government.

Chief Minister Punjab Sardar Usman Buzdar has directed solid waste management companies to ensure that garbage and animal waste is properly disposed of and the vehicles deputed for the cleanliness operation should take a regular round of different localities so that citizens may not face any difficulty. No compromise will be made on cleanliness and action will be initiated in case of any complaint, he warned. The CM reiterated that cities should look neat and clean and the citizens should get their animals’ waste disposed of by contacting the cleanliness cell soon after performing the ritual of Qurbani. Maintaining the cleanliness of the atmosphere is a collective responsibility, he added.

Chief Minister Punjab Sardar Usman Buzdar has stated that those sacrificing their lives for the nation are the hero of the nation and the martyrs of the Punjab police have written history by rendering blood to safeguard the life and property of the citizens.

In his message, the CM said that memories of police martyrs will always remain alive in our hearts adding that protection of martyrs’ families is our duty. Today, we express our complete solidarity with the families of police martyrs and the nation pays tributes to her great heroes. The government has also given a special package for the heirs of martyred police officials, the CM added.

Chief Minister Punjab Sardar Usman Buzdar has expressed the satisfaction that smart lockdown strategy proved successful to overcome the spread of coronavirus on the occasion of Eid ul-Adha. The number of corona patients has decreased as 82563 patients have been recovered and active corona cases are only 8486 in Punjab. So far, 93197 have been affected by this virus in Punjab and 739253 have been tested. During the last 24 hours, 24 have been affected by corona while four persons have lost their lives during this period, he added. So far, 2148 have died due to corona in Punjab. The number of corona patients has been sufficiently decreased in hospitals and smart lockdown policy has been appreciated at different fora, the CM added.

Punjab government will celebrate tiger force day on August 9 in a befitting manner and more than 12 lac saplings will be planted.

This was stated by Chief Minister Punjab Sardar Usman Buzdar while presiding over a meeting at his office here on Monday to review the arrangements. He said that 520 functions will be held and citizens will reiterate the commitment of making Punjab a green province. Provincial ministers and parliamentarians will plant trees in their districts, he added. He regretted the trees were mercilessly cut in the previous tenure in the garb of exhibitory projects which resulted in an increase in environmental pollution. The incumbent government is committed to complete the target of planting ten billion trees in the country by 2023 in accordance with the vision of Prime Minister Imran Khan, he vowed.

The government is working to provide a neat and clean environment to the coming generations, the CM added.