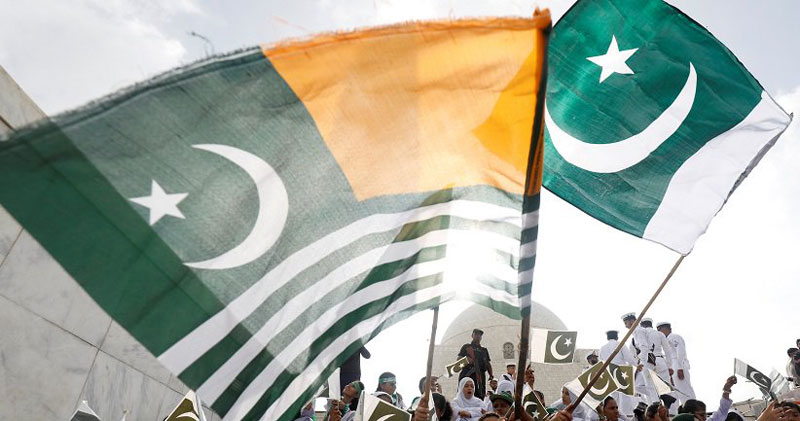 The government on Friday unveiled an aggressive action plan to observe the first anniversary of India’s illegal action in the IIOJK on August 5 last year. The day will be marked by holding worldwide rallies, solidarity marches led by top leadership, renaming of an inter-provincial highway, special postal stamps with hard-hitting depiction and parliamentary session.

Describing the whole chart of activities planned for the day at a media briefing here, Foreign Minister Shah Mahmood Qureshi said as the whole Kashmiri leadership is under detention, Pakistan would forcefully raise their voice globally until the people of Indian Illegally Occupied Jammu and Kashmir (IIOJK) got their right to self-determination. He said the Yaum-e-Istehsal would be observed on August 5 to highlight the illegal Indian action on August 5, 2019 of changing the special constitutional status of the occupied valley by holding solidarity walks throughout the country to be joined by the top political leadership.

Special Assistant to the PM on National Security Moeed Yousuf, who also flanked the foreign minister, besides Information Minister Senator Shibli Faraz, said President Dr Arif Alvi would lead a walk in Islamabad to be followed by his media interaction to highlight the Kashmiris’ cause.

Qureshi said the government had decided to rename the Kashmir Highway, which connects the Federal Capital with Kashmir and other provinces, after Srinagar. “We are looking at Srinagar. That is our destination,” he remarked, adding that the parliamentarians and the foreign media will be taken to the Line of Control to engage them with the residents there, who had long been suffering the unprovoked firing by the Indian troops in violation of the ceasefire. He said a special postal stamp would be issued on the day to highlight the Indian aggression and human rights abuses by depicting a minor sitting over the body of his slain grandfather killed by the Indian troops in Sopore town in early July.

Prime Minister Imran Khan, who had committed to play the role of Kashmir’s ambassador, would make a historic address to the Legislative Assembly of Azad Jammu and Kashmir after a solidarity walk also to be joined by AJK president and prime minister in Muzaffarabad. Besides solidarity walks across the country to be led by the political leadership regardless of the political divide, a one-minute silence would also be observed at 10 am after blaring of sirens, he added.

The foreign minister said the government would enhance its diplomatic outreach on the day by writing letters to the United Nations secretary general and world leaders, besides interactions of the prime minister and himself with the international media.

The foreign minister strictly directed Pakistani envoys across the world that instead of mere indoor seminars, they would have to prove their diplomatic skills on August 5 by engaging with local media, think tanks and community to apprise them of the Indian aggression and blatant violations of repeated UNSC resolutions. He said he would be closely monitoring the performance of embassies asking them to hold photo exhibitions, seminars, car rallies and other activities while strictly observing the local anti-Covid standard operating procedures (SOPs).

Federal Minister for Information and Broadcasting Senator Shibli Faraz appealed to the masses to observe Yaum-e-Istehsal on August 5 in a befitting manner so that India could realize that its illegal action in the Indian Illegally Occupied Jammu and Kashmir (IIOJK) could not be tolerated anymore. He said Prime Minister Imran Khan’s address to the United Nations General Assembly last year had imbued a new spirit to the Kashmiris freedom struggle. The nation had reinvigorated their solidarity with the Kashmiris under the leadership of Prime Minister Imran Khan, he added.

He said that Pakistan has redesigned its concept of solidarity with the Kashmiris under the leadership of Prime Minister Imran Khan. He said the present government was committed to make all-out efforts for the resolution of Kashmir dispute and the day was not far off when the Kashmirs would get rid of the Indian subjugation. He asked the media to highlight all aspects of the Kashmir dispute, including the ongoing gross human rights violations by Indian occupation forces

SAPM Moeed Yousuf invited the local and international media to an event on the night falling between August 4-5 at the Parliament House planned for projecting the sufferings of Kashmiri people at the hand of Modi regime. More major decisions were also in the pipeline in that regard, which would be revealed by the prime minister and foreign minister on August 4, he added. 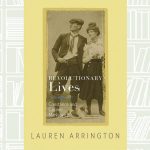 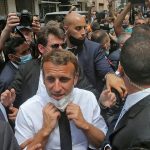 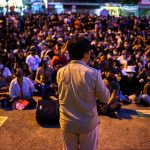 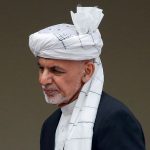