* In Pakistan, Eid ul Azha to be celebrated today with religious fervour and in line with SOPs devised by government 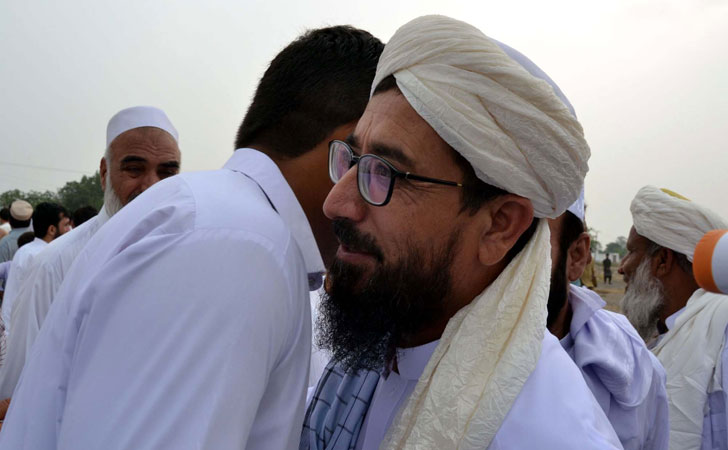 Muslims across Asia, taking precautions against the novel coronavirus such as wearing face masks and temperature checks, performed prayers on Friday to mark the festival of Eid ul Azha in mosques with reduced capacity as well as on the streets.

In Indonesia, worshippers were advised to maintain social distancing during the prayers as the world’s biggest Muslim-majority country struggles to contain the spread of the virus. Indonesia’s religious ministry also asked mosques to shorten ceremonies this year, while many mosques cancelled the ritual of slaughtering livestock and distributing meat to the community. “This year’s Eidul Azha is very different from previous years because we need to follow health protocols as we perform prayers, like maintaining social distancing,” said Devita Ilhami, 30, who was at the Sunda Kelapa mosque in Jakarta. She also noted they had to bring their own prayer mats, with markers on the ground to show where they should be laid.

Elsewhere in Asia, Muslims including in Thailand and Malaysia prayed in or outside mosques wearing masks. In India, where Eid will be celebrated mostly from Saturday, several states have eased coronavirus restrictions to allow worshippers to gather in mosques in limited numbers. “Only small groups of worshippers will be allowed into mosques,” said Shafique Qasim, a senior cleric at the Nakhoda mosque in the eastern city of Kolkata, adding that no prayers would be held on the streets. Ritual sacrifices would be performed in enclosed areas, away from public view, and the remains carefully collected and disposed, he said.

In Pakistan, Eid-ul-Azha will be celebrated today (Saturday) with religious fervour and traditional enthusiasm. Eid congregations will be held all over the country in line with the SOPs introduced by the government in the wake of coronavirus epidemic. Millions of Muslims will slaughter goats, sheep, cows and camels, following the example of Prophet Ibrahim (AS) who sacrificed his son in a show of obedience to Allah. Security has been put on high alert and holidays of personnel from law enforcement agencies have been cancelled to maintain peace and security on the eve of Eid ul Azha.

The tradition of having two eids in the country could not be avoided this year again as some parts of the merged areas of Khyber Pakhtunkhwa celebrated Eid ul Azha on Friday. Charsadda, Khyber, Mohmand, Orakzai, Bajaur and Waziristan celebrated Eid on Friday. After Eid prayers, people of tribal areas sacrificed the animals. Besides these areas, Eid was also celebrated at Afghan Refugees Camp in the surroundings of Peshawar.

In Makkah, Pilgrims on Friday took part in the stoning of the devil, using sanitised pebbles in the last major ritual of the scaled-down Hajj as Saudi authorities seek to prevent a coronavirus outbreak.

Massive crowds in previous years triggered deadly stampedes during the ritual, but this year only up to 10,000 Muslims are taking part after millions of international pilgrims were barred. In the scorching heat, worshippers made their way across Mina Valley near Makkah in western Saudi Arabia under the watchful eyes of security forces, to symbolically “humiliate” the devil. Masked pilgrims, clad in white and observing social distancing, threw seven stones each at a pillar symbolising Satan. Hajj authorities offered the pilgrims pebbles that were sanitised to protect against the pandemic.

Friday also marked the beginning of Eid-ul-Azha, the feast of sacrifice. Muslims traditionally slaughter sheep for the three-day holiday in tribute to the Prophet Abraham’s (AS) sacrifice of a lamb after God at the last moment spared Ismael (AS), his son.