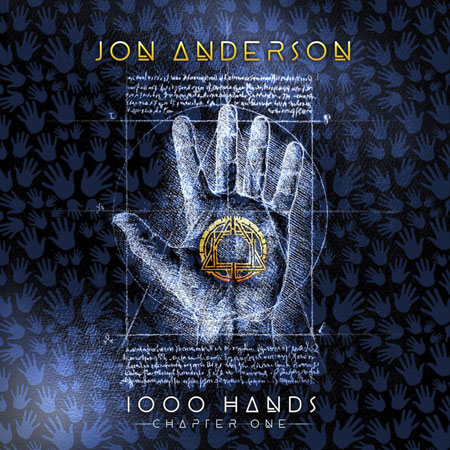 Jon Anderson started making “1000 Hands” nearly 30 years ago before setting it aside. Its title alludes to the lengthy and impressive roster of musicians who appear on the album, from several of the singerÂ´s former Yes bandmates to Chick Corea, Jean-Luc Ponty, Rick Derringer and the late Larry Coryell, among many others.

After Ringo Starr, Anderson is one of rock `nÂ´ rollÂ´s best-known endorsers of the “peace and love” ideal and thereÂ´s plenty of his advocacy here for a kinder, more reflective approach to life, relationships and the planet.

“Ramalama,” like “We Have Heaven” from YesÂ´ “Fragile” album, is a finely layered vocal workout with an uplifting melody. ItÂ´s followed by “First Born Leaders,” a joyous, anthemic song that pins its hopes on the upcoming generations. Both, as well as “Makes Me Happy,” could be lost tracks from the “The Lion King” or another Disney animated musical.

AndersonÂ´s expertise with epic, multi-sectioned pieces is evident, especially on a pair of tracks exceeding the eight-minute mark.

“Activate” features Ian Anderson (Jethro Tull) on flute and an all-star guitar section including Coryell, Steve Morse and Pat Travers, while “1000 Hands (Come Up)” is anchored by late Yes co-founder Chris Squire (one of three bassists on the track) and drummer Billy Cobham, with magnificent contributions from Corea, Ponty, and Zap Mama.

Closer “Now and Again,” which appears in shorter variations as the first track and again midway through the album, has a characteristically celestial mood, accentuated by Steve HoweÂ´s solo on classical guitar, and a most simple message that best sums up this fine effort from Anderson: “Love is truly all you need.”