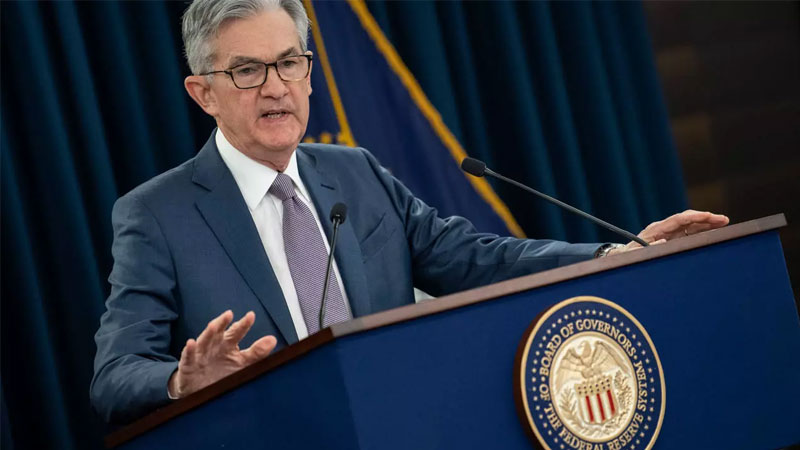 Asian markets mostly edged up Thursday after the Federal Reserve pledged to provide as much support as necessary to back up the US economy but trader sentiment remained clouded by a fresh wave of virus infections that threatens to throw any global recovery off track.

While the central bank did not unveil any new measures and broadly met expectations, analysts said it instilled some much-needed confidence that the Fed had their back.

Bank boss Jerome Powell said the Fed had noted the spike in new US cases was denting economic activity and warned the downturn was “the most severe of our lifetimes”, while adding that recovery depended on staunching the virus so Americans could go out and spend again.

The policy board repeated its intention to hold rates near zero “until it is confident that the economy has weathered recent events and is on track to achieve its maximum employment and price stability goals”.

Observers said focus now turns to the next policy meeting in September, which could see more measures unveiled.

That was enough to give a boost to equities, which have been struggling in recent weeks on concerns about the spread of COVID-19 around the world and containment measures that have been reintroduced in some countries.

Hong Kong edged up 0.3 percent, Sydney rose 0.7 percent and Tokyo went into the break 0.1 percent higher, while Shanghai was flat.

Taipei, Seoul, Wellington and Bangkok were also higher, though there were losses in Singapore, Jakarta and Manila.

“It wasn’t exactly the most riveting (policy meeting) of recent times after the Fed let the cat out of the bag late Tuesday pledging to extend its emergency programmes,” said Stephen Innes at AxiCorp.

But the meeting “still managed to dot I’s and cross the T’s and out-dove even the market’s most dovish expectations”, he added.

“Investors liked what they heard from Chair Powell. This is a Fed that appears to feel the pulse of the economy, even despite the meeting coming in line with expectations and offering no new policy announcements.”