Another day and another killing in the name of religion in Pakistan. This time, an elderly man was shot at and killed during the hearing of a blasphemy case against him at the Peshawar Judicial Complex on Wednesday. The accused was brought to court from Peshawar Central Jail. The accused of blasphemy would have been safer in jail, had the trail been conducted on the jail premises. So many other blasphemy accused are facing trial inside the jail. The Peshawar murder, however, is also linked to the ongoing anti-Ahmediyya community wave as in this case, the shooter said that the accused (now deceased) was an Ahmadi and then he fired at him and killed him. Though the accused is not alive to defend himself now (despite the fact he had surrendered himself to the police to face the rule of law), the Jamaat-i-Ahmadiyya Pakistan spokesperson says the man was not from their community anymore. Spokesperson Saleemuddin tweeted, “In a tragic incident today a man was shot dead in front of a judge in Peshawar. It is being reported that he was Ahmadi, which is not true. He was born Ahmadi but left the community many years ago. Therefore, to avoid any misinformation I would like to clarify that the deceased was not part of Jamaat Ahmadiyya.”

It is unfortunate the country is fast becoming intolerant towards the Ahmadiyya community and religious minorities. Similarly, those who are accused of blasphemy are hardly provided a legal course to ascertain the facts, and they are killed illegally. In the Peshawar incident, the government is equally responsible for the broad daylight killing. It is being reported that the judicial complex, where the shooting occurred, is situated in a high-security zone on the main Khyber Road in the cantonment area. The nearby buildings of the crime scene are the provincial assembly building, the Peshawar High Court, chief minister’s secretariat and Governor House. Given the wave of terrorism in recent years, security in the areas had been intensified but the alleged shooter dodged the security arrangements to reach the courtroom with the shotgun. The state must take notice of the incident, and as the first information report has been registered against the shooter under murder and terror charges, the law must take its due course and conclude the case at the earliest. Such instances are making courts and law irrelevant. * 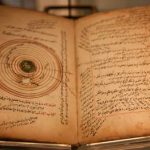