Beautifully situated on the shores of the Bosphorus straits connecting the Marmara Sea to the Black Sea and regarded as the border between Europe and Asia. Istanbul is one of the most important cities of Eurasia, a transcontinental metropolis of 15 million today. Founded around 660 BC as “Byzantine”, it was renamed in 330 AD as Constantinople when the Roman Emperor Constantin made it the capital of the Roman Empire, promoting the Christianization of the city and the empire.

Serving as the capital of the Roman Empire till 1453, Constantinople for over eleven centuries was conquered by Sultan Mehmed II, who renamed it Istanbul and made it the capital of the Ottoman Empire. This remained Turkey’s capital for another almost five centuries till 1922. Like Jerusalem that is claimed by East and West, by Christianity and Islam. But other than Jerusalem, Istanbul’s Christian heritage had been forgotten, or so it seemed.

The rich historical heritage of over a thousand years has left many traces in modern Istanbul. Built in 537 as the patriarchal cathedral of the imperial capital, Hagia Sophia was one of the largest churches of the eastern Roman Empire. In 1935 the secular Turkish Republic established it as a museum to serve as a symbol of the secularism that was part of the modern Turkish state founded by Mustafa Kemal Atatürk.

Shortly after a Turkish court announced that it had revoked Hagia Sophia’s status as a museum annulling Atatürk’s decision of Turkish President Recep Erdogan has ordered restoring of the Hagia Sophia as a mosque.

Kemal Atatürk was a great man but that he made Hagia Sophia that had been a mosque for several hundred years into a museum in 1935, he committed an incongruity which Erdogan has now corrected

A UNESCO heritage site, Erdogan’s decision has evoked negative comments and even protests from several sides. Voicing dismay the Russian Orthodox Church establishment called it ‘a threat to the whole of Christian civilization’. That must be joke! The resumption of prayers in a mosque since 1453, even if it was not used for prayers for several decades, cannot be a threat for the survival of their civilization! The European Union (EU) called it ‘regrettable’ but made no further comments, however some US channels have started an anti-Turkish tirade. An overwhelming majority of the Turkish people have reacted very positively to the act, a sign that times have changed and the secularism that the ‘father of modern Turkey’ Mustafa Kemal Atatürk had prescribed for his people has not held its promise.

Europe missed the boat by not allowing Turkey to become a part of Europe, by keeping them out of the EU on one pretext or the other. Christian Europe cannot easily forget centuries of Turkish rule in parts of Europe. After nearly a century of disappointment and serving as the bulwark of NATO during the cold war, Turkey under Erdogan is returning to its original Islamic roots. An anti-Muslim propaganda that was revived in the last century with the break-up of the post-WW II world order and the need for a new enemy that was explained to the public by books like Samuel Huntington’s ‘Clash of civilizations’. Global ‘Islamic’ terrorism that came about also with the help of western intelligence agencies, creating an anti-Islam hype that was joined by the populist vilifying of Islam by people like Salman Rushdie, the Charly Hebdo case and others. While Ataturk had single-handedly introduced a crude and simplicist version of secularism by the stroke of the pen, symbols of Islam deeply rooted in the public soul of Turks, especially in the countryside, were forbidden: Traditional attire and head covering of women were forbidden and scorned, the Arabic script was replaced by a Latin alphabet that made it impossible for the next generation not only to read Qur’an but to read anything written and printed before the fall of the Ottoman empire. To deprive a people of its cultural heritage had to have a backlash and that came in the form of the revival of Islam and Islamist parties like the one of Recep Erdogan. The revival of Islam after a period of its discouragement if not suppression had to be expected, another small step in the process is the reopening of the Hagia Sophia for prayers.

This is another populist hype directed against Erdogan because of his problems with US, NATO, EU and – last but not least- with Greece. These cannot be attributed to Erdogan alone, the will of the Turkish people for centuries has been that Hagia Sophia as a place of worship belongs to the Turkish people first and is a world heritage monument second. And a Turkish court of law has decided that it should be reopened – so no further comments are required. UNESCO’s worry that saying prayers cannot do any damage to the architecture of the building. Millions of tourists that come and visit Turkey every year and, among many others, admire the Hagia Sophia as a part of their sightseeing tour if possible. But both functions – using Hagia Sophia as a mosque and opening it for tourists to learn about its history and admire its impressive architecture could be easily adjusted side by side. It is done in many places of the world. In Germany all churches are open for visitors and tourists safe only times of service. In France the famous Notre Dame is open for all tourists. That could be done in Istanbul as well when the decorum for visiting a mosque is observed.

Look at the example of Cordoba in Spain. When visiting the Great Mosque of Cordoba Charles V found that it has been used as a church after the Reconquista and a chapel that he had ordered built has been inserted into the mosque. He was displeased by the result that blights the sublime architecture and famously commented: “You have destroyed something unique to build something commonplace.” When naively I asked to pray there, I was told I would be arrested. Recently Muslims across Spain lobbied the Catholic Church to allow them to pray in the complex, with the Islamic Council of Spain lodging a formal request with the Vatican. Spanish church authorities and the Vatican opposed this move. These battles over the cathedral reflect the contested view of what constitutes Spanish history and Spanish identity.

For several years before he died last year, I visited one of my best friends late Frank Neuman, many times each year in his lovely villa on a cliff overlooking the Mediterranean in Moreira (place of the Moors) Spain. While enjoying Frank’s outstanding hospitality and keeping Moreira as our base, we visited many cities of Spain together to jointly explore not only both our respective muslim and jewish heritage sites but the Christian religious sites as well. In each city he would point out the many muslim mosques and Jewish synagogues that been turned into churches, one could still make out the outlines in many of the places. His knowledge of the history of all the religions several hundred years past was really commendable. Standing on the walls of Granada, he pointed out the close proximity of the dwellings which were almost all Jewish next to the walls of the fortress as with all the other former muslim fortresses in Spain as a security option, the mutual trust inherent was implacable. Can you believe what is now going on in Israel and Palestine? There is no going back to change the past, we cannot undo what has been created by the right of conquest. However we should not also try to change our future but learn to live in peace in the present as we once did in Spain. Kemal Atatürk was a great man but that he made Hagia Sophia that had been a mosque for several hundred years into a museum in 1935, he committed an incongruity which Erdogan has now corrected.

Pakistan is today fascinated with the saga of Ertu?rul, the father of Osman, the founder of the Ottoman Dynasty. Sultan Mehmed II, who converted Hagai Sophia into a mosque was their descendant. By reclaiming Hagia Sophia as a mosque, President Erdogan and the Turkish people have only exercised their right to reclaim this piece of Ottoman history and their Islamic identity (the writer is a defence and security analyst). 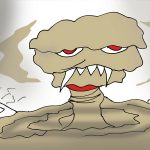 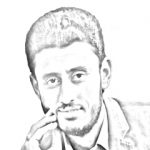