Unfortunately, in our country only pain of elite class is addressed and resolved, this again happened when it came out from another elite class school, even without any written complaint from any victim or aggrieved party. The city had been rocked by a scandal at an elite school wherein teachers allegedly sexually harassed teenaged girls, leading to a public outcry and corroborations that the practice was long rampant.

The news of four male teachers allegedly harassing students and subsequently being shown the door by the private school has disturbed both parents and educationists about how unsafe even one of the most elite schools could be. As the issue has been picked up by the national and international media, Punjab CM, and Human Rights minister took notice, while the district education authority set up a body to probe the allegations. All the voices were in the name of defamation and cyber bullying against all the other innocent and respected educational institutions and teachers.

According to the social media posts, which had triggered massive public outcry, one of the teachers had been sending inappropriate texts and pictures to girls in other branches of the school for almost four years. The students spoke up about these allegations on social, national and international media in detail but never came out for written complaint at any legal forum. Harassment scandal at girls’ school spurs Pakistan #MeToo movement again.

The Punjab government registered a case against four employees of Lahore Grammar School- including a teacher who was earlier sacked by the administration – after they were held responsible by the school for the alleged sexual harassment of female students. A case was registered on the complaint of Child Protection Bureau officer under Section 292-A, 500, 501 and 509 of the Pakistan Penal Code, and Section 25 of the FIA’s Telegraph Act. The administration said that after receiving evidence against the accused, all four persons involved were shown the door. Meanwhile, Police officials have also summoned the suspects and reached out to their alleged victims to investigate the scandal. But unfortunately, no victim came out to join the investigation and again till date it only proved an International media campaign ‘Me Too’ to malign the all other respected and innocent educational institutions and teachers, to defame educational Institutions, teachers and community, just like previously unfortunate suicide incident of the professor of MAO college Lahore.

The students spoke up about these allegations on social, national and international media in detail but never came out for written complaint at any legal forum

All Pakistan Private Schools Federation (APPSF) already had set up a legal forum to help out all the stakeholders for the safety of students, teachers and staff in educational institutions. Students, teachers and staff would be able to report abuse and harassment to the APPSF administration and APPSF would entertain promptly such complaints. Whereas, the Minister School Education Murad Raas as usual, again only for the sake of cheap popularity and point scoring, has alleged without any proof that he had received numerous complaints telephonically about harassment at many schools and such complaints were received even against all-boys schools.

All Pakistan Private Schools’ Federation (APPSF) the single largest representative federation to represent more then 300 registered associations with 207000 private schools, catering 1.5 million teachers and about 25 million students across the country constantly supporting the students and parents on such issues, and also has developed complete SOPs and In house mechanism to address such issues and cases in its all ranks. APPSF already assured students and parents that culprits will be punished and APPSF shall stand with students and parents, however to take any action, written complaint as well as evidence is compulsory.

After the passage of 18th amendment in 2010, education was decentralized and became a provincial subject, and it was hoped that the provincial private school regulatory authority will play its role. Punjab private educational institutions (promotion and Regulations) Rules, 1984 state one of the condition of registration, “The incharge and the employees of an institution bear good moral character, are solvent and have not been convicted of any offence involving moral turpitude”. Some minor changes in the registration process were introduced in 2015 and 2016 while the 1984 Act was amended in 2017 as The Punjab Private Educational Institutions (promotion and Regulations) Act 2017. In 2018, a notification regarding Complaint Management System was introduced with a focus on the fee charged by the schools.

Over the years, Pakistan has introduced a number of laws that protect the rights of children (legal minors). Article 37(a) of the Convention states that “no child shall be subjected to torture or other cruel, inhuman or degrading treatment or punishment”. Section 366-A of the Pakistan Penal Code deals with procuration of minor girls and maintains that whoever induces any minor girl under the age of eighteen years into an act that force or seduce her to illicit intercourse is punishable with imprisonment which could extend to ten years and liable to fine. Sections 375 and 376 of the Penal Code forbid acts of rape and punish it with imprisonment for life or with imprisonment of either description for a term which may extend to ten years, and shall also be liable to fine.

Punjab Children Ordinance, 1983 identifies penalties related to minors under the age of 16, introducing penalties through article 21 -against use of drugs; Article 22 – for permitting child to enter places where liquor or dangerous drugs are sold; Article 26 -for causing or encouraging, seduction etc. of young girl, and Article 27 for Seduction or outrage of modesty. Prevention of Electronic Crimes Act 2016, introduced the offences of child sexual abuse and child pornography into legislation by inserting sections 292-B and 377-A to the Pakistan Penal Code of 1860. Under the new clauses, Sections 376, 376A, 53A, 154, 161A, 164A and 164B have been added and amended through this Act. These offences are both non-compoundable, non-bailable, and punishable for life and fine. In addition to the above mentioned laws, Protection Against Harassment of Women at the Workplace Act 2010 is also relevant in the current scenario on such acts at the premises of workplace.

Over the decades, the public-school system has lost the trust of the public especially after the nationalization of schools in the 1970s, which led to growth of private schools across the country. These schools not only promised high quality education but also an assurance of superiority above the public schools as well as students in that system. Parents have trusted in their children’s’ education and access to these private schools that ensure better future for their children. In these circumstances, a number of students sometimes experienced bullying and have mostly not been able to share their ordeal with their parents. When parents fail to nurture self-worth in their children; leave the responsibility of instilling good values to school, and do not have a relationship of trust with their children, they are part of the problem and need to reflect on where they are failing their children.

The government’s role is to ensure a regulatory framework is in place so that in future no such incidents happen in any educational institution public or private. A formal and easily accessible complaint system must be in each school that investigates every genuine complaint in a fair manner. Every culprit and culprits of false accusations also must be held accountable. The most important is that parents must spend some quality time with their children. Children need their parents during their school years especially adolescence years and a relationship of mutual trust and respect would go a long way.

Sexual harassment is a heinous crime and should be treated with the seriousness that it deserves. At the same time the dignity and respect of every individuals must not be falsely tainted. The law provides remedies for all and also intend to take all steps necessary for the vindication of constitutional and human rights and to protect everyone. We recognizes its legal and moral responsibility to protect all of our members from sexual harassment and to take action if such harassment does occur. In the presence of existing Laws and SOPs of APPSF, there is only need of proper implementation on rules and laws to support and give confidence all the students, teachers, staff and management too. An academic and free community must also include freedom of movement and freedom of access to facilities and resources without fear of harassment or discrimination.

The writer is the President of All Pakistan Private Schools Federation. President@pakistanprivateschools.com 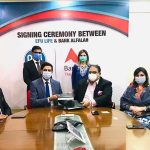 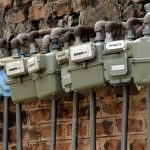 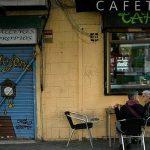 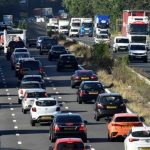