The overly optimistic change seekers, the hyped supporters of ‘Tabdeeli experiment’ (nothing but another hybrid regime), have realised that governance is not as easy as running a cricket team. Faux morality, demagoguery and impulsivity are never a reflection of trusted leadership. The heady days of July 2018, 25th July to be precise, appear to be from a very long time ago now. I still remember the day when every media outlet was bemoaning the victory of Imran khan and the public rejoiced in the name of a leader who climbed the ladder of populism. One would have justifiably imagined that a person with a 22-year struggle for the job, leading a volatile province for the previous five years and having qualified personnel to implement social reform would have provided some reassurance to the populace. Instead, a few days into ‘Naya Pakistan’, the country witnessed oblivious cabinet formation, cluelessness in the approach of managing the economy, and lack of responsiveness on the U-turns taken over policy statements uttered in the past. 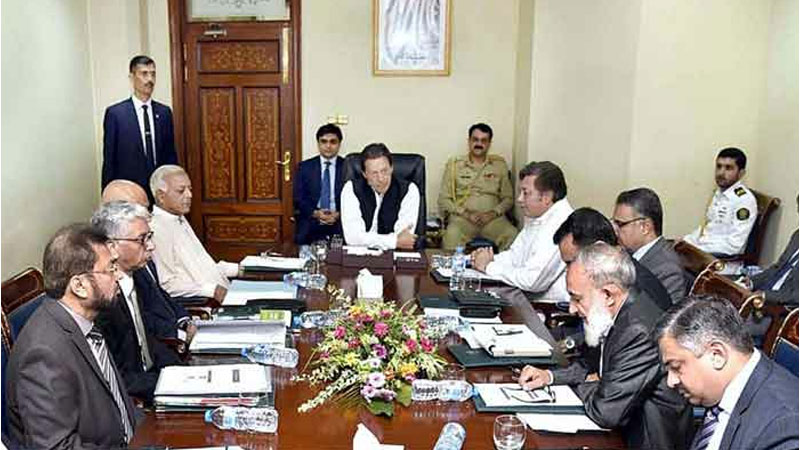 The prime minister has embarrassed his voters over his sweeping statements i.e. choosing death over going to the IMF, holding his people accountable first, turning PM house into a university and giving highly important portfolios to experts in the field. Rather, in the name of austerity, Pakistan witnessed an auction of cars and buffalos worth a few million which were spent as early as on the first royal visit of Saudi Prince.

Even before the COVID-19 had hit our shores, the virus of PTI’s government had prevailed among all sectors of the economy. Contrary to the fresh and clean candidates he had promised the people of Pakistan, the cabinet was a mixture of uninspiring miscellanies of previous administrations. Given how the birth of this political party took place, it was quite obvious that the lion’s share of cabinet portfolios would be given to the despotic remnants of Musharraf’s regime. In its first year in office, the country’s fiscal deficit broke records and revenue collection was the lowest in nearly a decade. PM’s rant on current and primary account deficit was reflected in the contractionary fiscal policy which lowered the aggregate demand and hence the GDP.

The slide was persistent in its second year, as a government that boasted its financial righteousness would herald an era of exponential growth in tax collection, actually earning the discomfiture of overseeing a decline in tax-to-GDP ratio to 9.5 per cent for FY 2020. For comparison, it stood at 11.1 per cent before this government came into power. Idealistic supporters were still deemed to believe that having an honest man on the top would revolutionise the malfunctioning order of taxation. In the real world, this government has changed five FBR chairpersons and numerous chief secretaries, IG police, health secretaries and education secretaries among others which is hardly an assurance of decisive leadership.

The federal leadership has completely rejected an inclusive approach, preferred to rule unilaterally in a partisan fashion and has dubbed all the non-supporters as unworthy of engagement

A personalised form of governance devalues the process through which expert advice is relayed. Similarly, the opposition’s voice and public sentiment have been the least concerned of this ruling party. The federal leadership has completely rejected an inclusive approach, preferred to rule unilaterally in a partisan fashion and has dubbed all the non-supporters as unworthy of engagement. This is not governance, nor leadership but an authoritarian idea which has taken over PM’s mind. He has lost the opportunity amid a health crisis to unify the country under his leadership and forge a national strategy with political consent. Unfortunately, the government still prefers to only represent its party than the entire country. The process of accountability has lost its moral value, any opposition leader who dares to speak up and criticise the government over its performance is rounded up in NAB’s baseless charges. Even the media and its owners, Mir Shakeel ur Rehman, are tied in government’s wrath.

After much damage and detriment, those who had been sympathetic to Imran khan’s ideological claims and rise in power are left to rue their decision. Meanwhile, his ministers continue to defend the blunders of this administration, the wider audience, much of them who are left in despair should sit back and think if it was what they wanted. In the past, populist sentiments have contributed to the rise of leader, however, to sustain the idea, a more realist approach is to be adopted. The world has seen enough of idealism and it is time to move on.