Cricket and COVID-19 will have to co-exist: PCB CEO Wasim 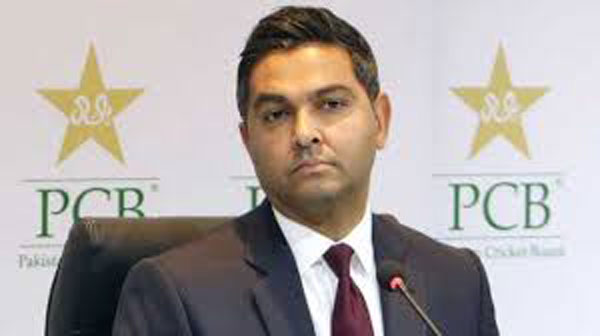 LAHORE: Pakistan Cricket Board Chief Executive Wasim Khan said on Saturday that sending the Pakistan cricket team on a tour to England during the coronavirus pandemic was quite a tough decision, but “cricket and COVID-19 will have to co-exist”. The PCB official, while speaking to a TV channel, said that the situation became quite tense when cricket team players started testing positive for COVID-19. “However, for the restoration of world cricket and to keep it on track, it is imperative to continue with matches. COVID-19 and cricket will have to co-exist, there was no other reason for this decision other than the revival of global cricket,” he added.

“Whenever we are asked regarding our decision to proceed with the tour to England, the same question should also be posed to the West Indies cricket team, which has also continued with scheduled matches. The West Indies cricket team decided to go to England when the situation was quite worse over there due to the pandemic,” he said, adding that, following suit, the PCB officials also made their decision. He emphasised that decisions based on security matters and those in light of the coronavirus pandemic differ in their dynamics.

Speaking on international cricket in Pakistan, the PCB official said that international teams were changing their perspective regarding Pakistan and they think matches should take place here. Earlier in June, around 10 players had been left out of the England tour squad after they failed to clear the coronavirus test. Players Shadab Khan, Haris Rauf, Haider Ali, Fakhar Zaman, Mohammad Rizwan, Wahab Riaz, Imran Khan, Mohammad Hafeez, Mohammad Hasnain and Kashif Bhatti were among those who tested positive in the first round. A few players subsequently cleared a second test and left for England to join the squad.

Pakistan are currently in England where they will play three Tests and as many T20Is. The opening Test will be played at Old Trafford, Manchester from August 5-9, which will be followed by back to back Tests at the Ageas Bowl, Southampton, from August 13-17 and August 21-25. The action will then return to Manchester, with Old Trafford hosting the three T20Is on August 28, 30 and September 1.