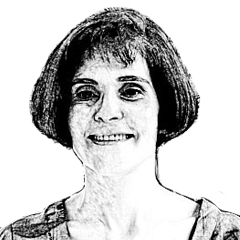 Recent events shaking the Indian political scene are obliging those who advocate optimism about the future to consider downgrading their forecasts. Impartial political scientists have little choice but to adhere to such a position. They must also pay attention to the will of the Hindu nationalist body of thought to win what one might call the battle of narratives. This is an important issue, since political narrative eventually becomes a historical narrative that is taught to schoolchildren, thereby building long-term societal values.

When looking at the studies dedicated to Narendra Modi, a political biography written by Andy Marino in 2014 stands out as something of a surprise. The British author and TV producer holds a PhD in English Literature. In the blurb on the back cover, the author underlines that:

“No other author or journalist, Indian or foreign, has so far had the kind of detailed access to Narendra Modi as Andy Marino. He accompanied Modi aboard his helicopter during rallies and spoke to a range of political leaders, family members, friends and opponents of Modi”.

Marino, examining the anti-Muslim pogroms that hit Gujarat in 2002, writes:

“On the first full day of rioting after Godhra, Modi tried to secure military aid as fast as possible. He had learned from Advani that because of the Pakistan border situation, troops would have to be airlifted from outside Gujarat…The first soldiers touched down at Ahmedabad airport at midnight, and thirteen companies were rapidly deployed around the city the next day, 1 March”.

This omits mention that the drama of Godhra that provoked the communal violence took place on February 27th, 2002. On that day, about 7.50 a.m., the Sabarmati Express train was the target of an attack by a group of Muslims who were reacting to provocative behaviour on the part of Hindu nationalist activists returning from a campaign in the city of Ayodhya. As it was leaving the town of Godhra (about 40% of the population of which was Muslim), one carriage of the train caught fire. During the following days, several hundred Muslims were killed across much of Gujarat state with – if not the approval of – then at least indifference on the part of the Hindu nationalist administration of Gujarat led by Narendra Modi. The Hindu nationalist government of Prime Minister Atal Behari Vajpayee opted, it seems, to adopt a passive posture, that gave rise to suspicion as to its motives. Throughout the history of the Indian federation, New Delhi has rarely hesitated to impose central rule, particularly in Jammu and Kashmir.

The Quaid-e-Azam Muhammed Ali Jinnah, notwithstanding the criticism at the time, was right to be concerned about the fate of a Muslim minority living in a Hindu majority country

“The one element of the riots that truly united Gujaratis in anger was this sort of reportage which sought to portray them as saffron stormtroopers and their chief minister as a genocidal mastermind. The fury was felt by both BJP- and Congress-supporting Hindus, and by a significant number of civic-minded Muslims – of whom there were very many more than the media calculated. As a whole the population felt humiliated by the attitude of several TV channels and newspapers as well as politicians in Delhi”.

The Congress, according to this reading, was seeking to regain power; it was concerned by the emergence of a “strong nationalist leader” and the potential polarisation of voters in Gujarat, but also across the country.

“Shrewd and single-minded, Sonia [Gandhi] and her advisors decided to treat Modi as a key future electoral threat to Congress hegemony. An ecosystem of activists and media to demonize him relentlessly soon emerged. Modi’s success carried too high a price”.

For my part, I was in New Delhi at the end of 2002 and in 2003, and attended a number of public events where human rights activists (of all religions), whose impartiality could not be questioned, were giving alarming accounts of the violence in Gujarat. Thinking that the passage of time would allow me to conduct interviews, without attracting any special attention due to my foreign nationality, I went to Ahmedabad at the end of 2006. I only stayed there for ten days, because I came to be quickly affected by the atmosphere of suspicion and anxiety that reigned there. I spoke in particular with the (Muslim) director of a small NGO. This man, whose name I will not mention, told me that he had been a fervent supporter of the Indian secular model and its promotion of opportunities for social advancement for all its citizens. He had even chosen to leave the Muslim-majority neighborhood in which he had been living, for a Hindu residential area. Following the 2002 inter-communal carnage, the Muslim population had congregated in areas where their community was numerically dominant, even if such neighbourhoods were often amongst the less pleasant ones: 55 years after independence, the Muslim population, for the most part, still struggled to gain the prosperity and dignity freedom from British rule had promised. In effect, the Sachar Committee Report on Social, Economic and Education Status of the Muslim Community in India (Ministry of Minority Affairs, 2006) emphasised that the difficulty of social promotion of Muslims stemmed from a scarcely concealed rejection by the dominant community.

The director of this NGO recounted disturbing episodes that had taken place following the events of Godhra. He recalled his fear when he witnessed scenes in which middle-class Hindu women supported men in their families who were engaged in atrocities. Siddharth Varadarajan, author of Gujarat: The Making of a Tragedy, focused in conferences he gave in New Delhi (following the publication of his book – in 2003) on ringing the alarm-bell by sharing the terrible events about which he had heard or seen on his travels in Gujarat. Today, he writes that:

“The communal riots of 2020 are the opening shot in the BJP’s campaign to retain power in the states where it still rules, and of course at the Centre”.

“The mob which burnt these vehicles has a misplaced sense of patriotism because the national flag was never meant to be used to celebrate a crime”.

At the end of February 2020, UN High Commissioner for Human Rights, Michelle Bachelet, referred to the adoption of Indian Citizenship Amendment Act (CAA). She emphasised that “Indians in huge numbers, and from all communities, have expressed – in a mostly peaceful manner – their opposition to the Act, and support for the country’s long tradition of secularism”. Moreover, she expressed her concern at reports of “police inaction in the face of attacks against Muslims by other groups”.

The Quaid-e-Azam Muhammed Ali Jinnah, notwithstanding the criticism at the time, was right to be concerned about the fate of a Muslim minority living in a Hindu majority country. This ultimately calls into question the democratic model, in which the majority decides (often described as majoritarianism, with the fear that this can slip into a ‘tyranny of the majority’). As for the US President, as The World Socialist Website writes in an article entitled ‘As Trump embraces Modi, communal violence convulses India’s capital’, he

“has been feting Indian Prime Minister Narendra Modi during a two-day visit to India, even as the vile consequences of the fascistic, communalist policies pursued by Modi and his Bharatiya Janata Party government are being bloodily spelled out on the streets of Delhi”.

The writer is a visiting fellow at the SDPI