The budget 2020-21 was approved amid clamor of opposition and chaos of covid-19. In these wretched times when the economy was faltering and the health system had choked due to an exponential increase in covid-19 patients, a people-friendly budget wasn’t being anticipated. Among many subjects, the budget for higher education had also been a matter of extensive debate and discussion among circles of educationists and on social media. 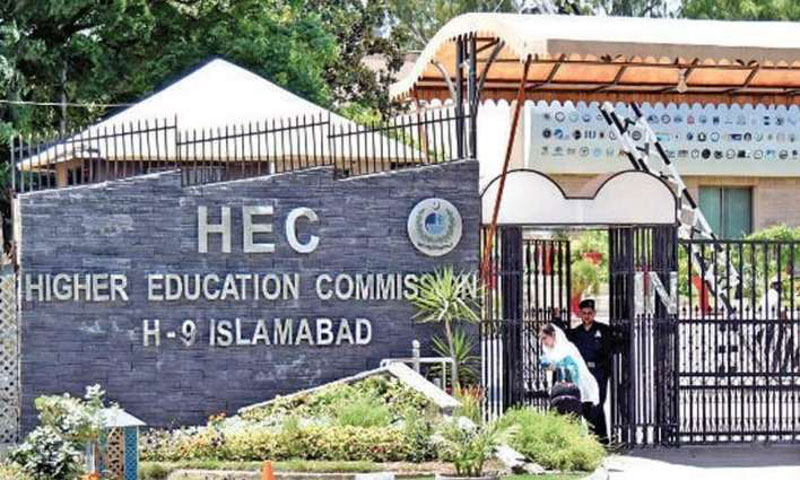 With a slight increase in the current federal HEC development budget under the PSDP, Rs29.4 billion has been allocated as compared to 29 billion in 2019-20. Alongside, a recurring grant of Rs64 billion rupees has also been allocated to the federal HEC budget for fiscal year 2020-21. Now that the final budgetary numbers are with us, the nuance in the debate is also evident. Is the allocated budget adequate for federal HEC to devise structural and development programs to improve quality education and research in public sector universities of Pakistan? The answer is rather convoluted.

Dissecting the issue of budgetary allocation for education, reports show that Pakistan allocates significantly less than three percent of its annual budget to education, whereas UNESCO recommends that developing countries ought to allocate at least four percent of GDP to education. Pakistan’s spending on education as a percentage of GDP remains among the lowest in the region. By comparison, Malaysia spends 4.97%, South Korea 5.01%, and India 3.2%. Bangladesh has allocated 15% of its total GDP in its current budget for education. In the QS World University Ranking 2021, three Pakistani universities achieved a place in the top 500 universities as compared to nine universities from India.

After the issue of low budgetary numbers for education, 18th Amendment also didn’t do as good for higher education in Pakistan as it was envisioned. After the 18th Amendment, the subject of the HEC had been devolved to provinces. It would have been a beneficial idea, had powers, functions and resources been smoothly shared with provinces right after devolution. It was 2018, when these subjects were finalized with provinces. Consequently, Sindh and Punjab developed and strengthened their own commissions after 2012 but Khyber Pakhtunkhwa still has a department instead of a commission. Balochistan continues to struggle to establish the commission of higher education due to inadequate human resources; thus works under the guidelines of the federal HEC. We seldom see students from Balochistan are protesting against the inadequate facilities of higher studies in the province.

Within the allocated budget, a lion’s share is required for already going developmental schemes and new initiatives such as research grants, funding for PERN, TTP faculty and new initiatives like NAHE, ETC, PERU, and P-15 Research Universities. On the other hand, if we delve deeper, it is also a stark reality that improvement in quality of higher education and structural changes do not need big budgetary numbers. Introducing concrete policies for universities will certainly improve the quality of research. First, university-industry liaison is a fundamental component of bringing research products to markets in this impressionable age. Without the support of industries, expecting innovation, employment and economic stability is living in a fool’s paradise. The concept of the knowledge economy in Pakistan is directly dependent on the university-industry liaison. Second, HEC is cognizant of the myriad of businesses operating around the country which produce MS, MPhil and PhD theses by simply rephrasing old thesis. These businesses charge a certain amount and produce ready-made thesis which are then defended and jobs are obtained on their basis. There are many university teachers who have utilized ready-made thesis and now have permanent jobs. Such teachers cannot help others in their research. This damages the quality of research. Knowing that plagiarism is an HEC didn’t do much to curb this crime. In order to pull out research from choppy waters of “intellectual crime” in Pakistan, HEC must establish a rigorous, transparent, uniform and centralized system of plagiarism control to improve the quality of thesis and research.

As long as pedagogies are not improved and assessment mechanisms are not made compatible to the modern needs, the rotting culture in universities may not be quashed

Third, capacity building of teachers is necessary especially in the times of digitalization. As long as pedagogies are not improved and assessment mechanisms are not made compatible to the modern needs, the rotting culture in universities may not be quashed. Fourth, HEC should form a committee in each university on innovative teaching pedagogies, its monitoring and evaluation. Such university committees should also include members from faculties’ administration, experts in the areas, professionals, government officials, publishing houses, industry representatives and students. Fifth, HEC should make it obligatory for universities to initiate public-private partnerships on research projects. MoUs between local private-public universities should be made to benefit from research centers. Stimulated by a burgeoning demand that the public sector is unable to meet, private sector institutions currently accommodate almost a quarter of enrolment in higher education. Private institutions are particularly active in the fields of business administration, computer science, and information technology, where employer demand is high.

In the current allocation of budget, it is tough for the federal HEC to continue its expansion policy as stated by the HEC chairman, however, a good number of initiatives can be taken in limited budget to bring about the quality in the higher education sector. The HEC also needs to work on reformation policy alongside expansion. Performance based grants should be given to universities. As HEC thoroughly reviewed the commission funding formula for universities and decided that total allocation will be treated as base plus need grants, accounting for 85 percent of the total allocation, while the remaining 15 percent will be treated as a performance grant, allocated on the basis of the number of publications, the number and amount of research grants received, as well as number of PhD faculty and students. The need is to strictly implement this policy that doesn’t need a giant budget. Higher education is an intellectual revolution. Concrete and tangible efforts must be dedicated to uplift the standard of research and studies in universities.