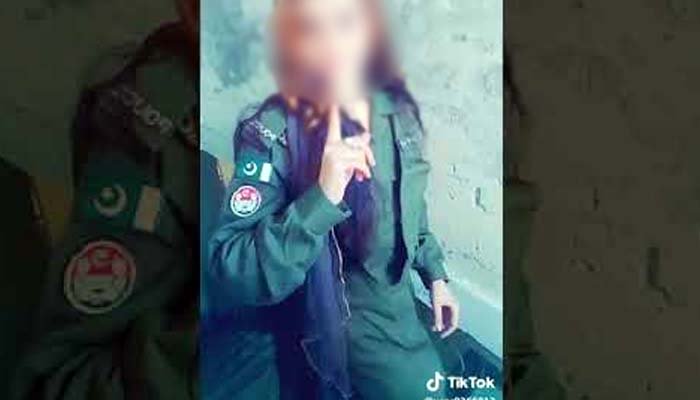 Rather than enforce the law, it looks like Punjab Police are trying to crack down on their own officers over their personal hobbies. A lady constable was fired over a viral TikTok video in Lahore.

According to details, constable Wafa Tauqeer used to make TikTok videos on songs as a hobby which caught the attention of her superiors after one of her videos went viral on the internet.

After noticing her videos, an officer of the rank of Deputy Superintendent of Police (DSP) ordered an inquiry into her actions and fired her after the accusations against the lady constable were proven true.

After the dismissal, Lady Constable Wafa Tauqeer got angry and alleged that the department has acted unfairly and cruelly towards her.

She said that these videos were made 8 months ago during the training days, she does not know who leaks her videos on TikTok.