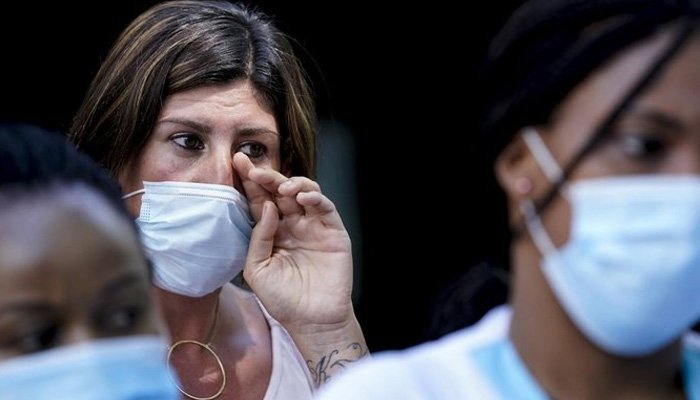 BRUSSELS: A three-year-old girl has become Belgium’s youngest known victim of the coronavirus, officials said Friday, as the country confronts a worrying growth in new infections.

Health spokesman Boudewijn Catry said three people die each day in Belgium from COVID-19, including recently the toddler and an 18-year-old.

The young girl had “severe” pre-existing conditions, but Catry warned against complacency among the healthy and that 85% of new cases diagnosed last week were among the under-60s.

“It’s true that it’s rare that a young person dies of COVID-19, but it’s clear that no-one is immune,” he warned, after the number of new infections per week in Belgium jumped by 89%.

Belgium has now recorded 64,847 cases of COVID-19, after being one of the countries with the highest per capita rates of infection at the height of the crisis in Europe.

Authorities appeared to have brought the outbreak under control, and cases are still way down on their peak, but last week 15 people per day were admitted to hospital up from 10 the week before.

Deaths increased to an average of 2.9 per day, up from 1.7 per day, over the same period.

COVID taskforce spokesman Catry warned earlier this week that action must be taken if this “snowball effect” was not to turn into an “avalanche” of new cases.