How challenging is ego management!

Ego is a conscious mind, the part of one’s identity that means all “self.” If one has a big ego, one is too full of oneself. 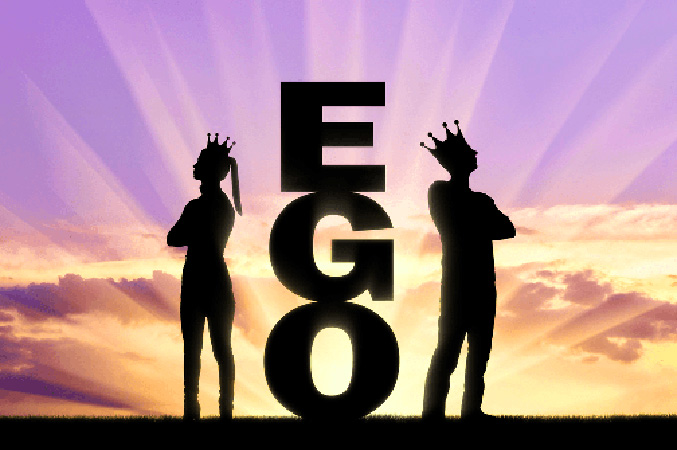 Poor ego gets such a bad rap, being so often confused with “megalomania” and “vanity” and all kinds of other nasty things, but it is only the conscious (as opposed to the unconscious) mind, or the awareness of one’s self, likes, identity and one’s existence.

Ego or vanity is an inflated feeling of pride in one’s superiority to others. It is a stark feeling of mere or sheer egotism, self-importance, pride, pitifulness, a false feeling of self-respect and personal worth. It is the consciousness of one’s inner self (not the external persona) that is in touch with the unconscious self-controlling one’s feelings, thoughts and actions indeed.

Cautiously, such is a detrimental if not deadly state of blind ego affairs. Realistically, it is both detrimental and deadlier in our personal, social, economic and political affairs amid leg-pulling, mud-slinging, arm-twisting and backbiting routine.

If commoners or followers pose a worse picture of blind ego, leaders or statesmen project the worst in this connection. They are trendsetters whom the followers are expected to emulate. But those who lead from the front lead in a round-the-clock vicious circle of blatant ego, blind criticism and counter-criticism amid beautiful confusion and chaos followed by horrendous hypes of shouting matches of social, print and electronic media over the national horizon.

If commoners or followers pose a worse picture of , leaders or statesmen project the worst in this connection. They are trendsetters whom the followers are expected to emulate

It is a question of soul-searching for both the leaders and followers in their respective ways to ponder over die-hard ego in their interest first before talking of the toll egotism takes of society. Here the ego-stricken folks are hypnotized and mesmerized rather bewitched and bewildered to the helpless extent of self-destruction what to talk of harming others!

And the naysayers, callous critics and prophets of despair are desperately and destructively self-inflicting on themselves first before striking at others. Such perils of blind ego clamp down with all-round destruction so quietly, so silently and so latently that it is not even felt, heard and seen as to how, when and where the wraths of deadly egotism have fallen!

To address the perils of ego-stricken eccentrics, none other but altruistically-oriented personal, social, economic and political trendsetters need to rise over and above self; set examples in the forgiveness of the foes; extend an olive branch to enemies or adversaries as glorious models of emotional maturity and the seriousness of purpose and penetrative thinking in the larger interest of society at large.

Is it not a question of replacing stereotype chicken-hearted, narrow-minded and short-sighted mindset with an enlightened lion-hearted, broad-minded and far-sighted approach by folks who lead from the front!

The writer contributes to media on national and international affairs