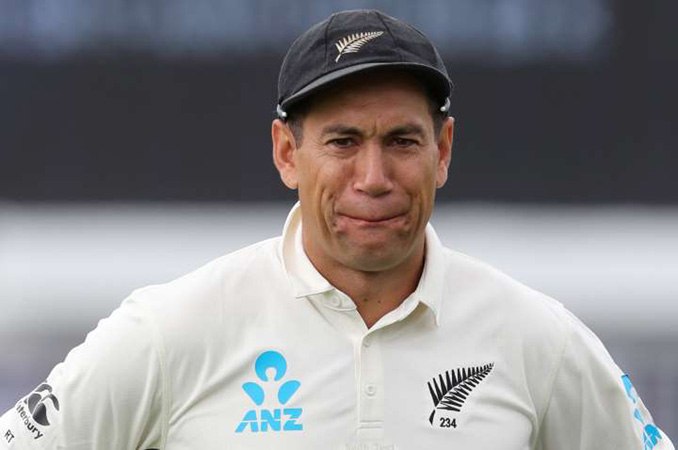 WELLINGTON: New Zealand batsman Ross Taylor is eager to get out into the middle of a cricket field again in next month’s Caribbean Premier League (CPL) and is hopeful he can return home to a full international programme. International cricket was shut down in March due to COVID-19 restrictions, with New Zealand’s limited overs series against Australia abruptly postponed. The New Zealand team delayed winter tours to the Netherlands, Scotland, Ireland and West Indies due to the coronavirus outbreak and, like most of his team mates, Taylor has been training indoors to keep up his match fitness. “It has been a little bit strange over the last few months,” Taylor told reporters at a New Zealand team camp in Mt. Maunganui on Monday. “So it has been nice to be able to train on grass. “There are a lot of us going to the CPL all going well … and it will be nice to get some cricket. “Some guys won’t play until the domestic season in October.”

Taylor was one of five New Zealand cricketers granted permission to play in the Aug. 18-Sept. 10 Twenty20 CPL tournament that will be held in two venues without any crowds in Trinidad and Tobago. The 36-year-old added New Zealand Cricket Chief Executive David White was keeping players informed about the team’s international programme and discussions around the fate of October’s Twenty20 World Cup in Australia. The International Cricket Council are expected to make a decision this week on whether to delay the T20 World Cup. “David has been in regular contact with us in regards to the home summer and the Twenty20 World Cup,” Taylor said. “I’m not sure where it stands but hopefully in the coming days we will have a better idea.”