PM orders comprehensive review of subsidies being provided by govt 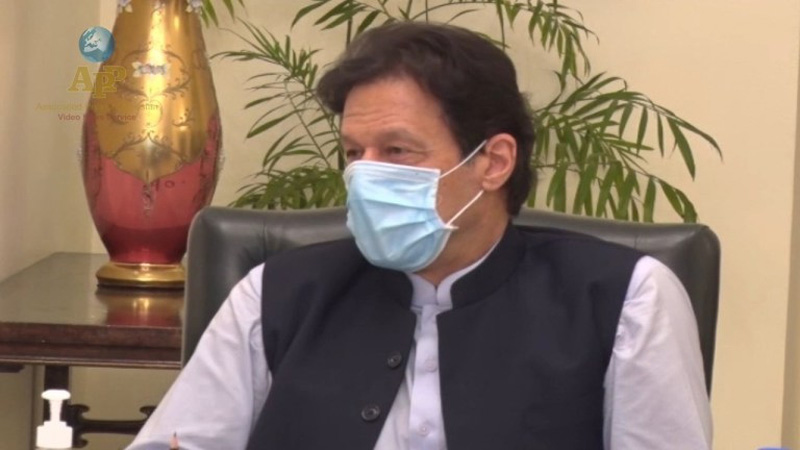 Prime Minister Imran Khan Monday chaired a meeting of the Finance and Economy think-tank to consider various economic issues and directed for carrying out a comprehensive study in different sectors to extend maximum possible subsidies to the poor and deserving people.

The purpose of the economic think tank is to consider different important economic issues, submit its recommendations and formulate future strategy in this regard. During the meeting, power, gas, fertilizers, utility stores, exports, housing, Ehsaas, budgets of National Highway Authority and others and the grant of subsidies came under discussion.

Addressing the meeting, the prime minister said provision of subsidies by the government is to extend support and relief to the poor and deserving people. He stressed that complete study of the whole system of subsidy should be carried out to ensure that its affects not only could reach to the deserving people in a transparent manner but also it should cater to the needs of the maximum people.

For further improvement in the provision of subsidy in every sector, the prime minister directed the advisor on finance to undertake complete review of the subsidies provided by the government and set up a cell in this regard which should submit comprehensive recommendations.

The prime minister also emphasized upon seeking help from the Ehsaas cash programme database for provision of subsidies to the poor and deserving people in power, gas and utility stores. He also appreciated swift and transparent transfer of cash under the Ehsaas programme in the coronavirus pandemic situation.

Separately, Prime Minister Imran Khan said that promotion of modern education was priority of the government and directed for formulation of a mechanism on priority basis to ensure provision and easy accessibility of Internet facility to the students and removal of all issues in this regard.

He was presiding over a meeting to review promotion of knowledge economy, establishment of research centre on the Seerat of Holy Prophet (Peace Be Upon Him) and different proposed projects for the higher education.

According to a press release of the PM Office, the meeting was attended by Minister for Federal Education Shafqat Mahmood, Dr Attaur Rehman via video link besides Professor Shoaib Khan and Rashid Khan.

The meeting reviewed in detail the establishment of Pak-Austrian Fachhochschule (Institute of Applied Sciences and Technology) in Haripur, Hazara, Seerat-e-Nabi (PBUH) Center, research center for better coordination among industry and universities, easy accessibility of Internet for promotion of education and information technology.

The prime minister directed for early completion and functioning of the Seerat-e-Nabi (PBUH) Center so that research activities could be carried out. Highlighting the significance of knowledge economy, artificial intelligence and establishment of center for better coordination among industry and universities, he said youth of the country possessed immense talent in the sphere of information and technology and underlined the need to providing conducive environment to encourage them.

Also on Monday, Prime Minister Imran Khan conveyed his best wishes for Saudi Arabia’s King Salman bin Abdul Aziz who was hospitalized over health issues. “The government and people of Pakistan, and I myself, join our Saudi brethren in prayers for His Majesty’s swift recovery, good health and long life,” he tweeted.