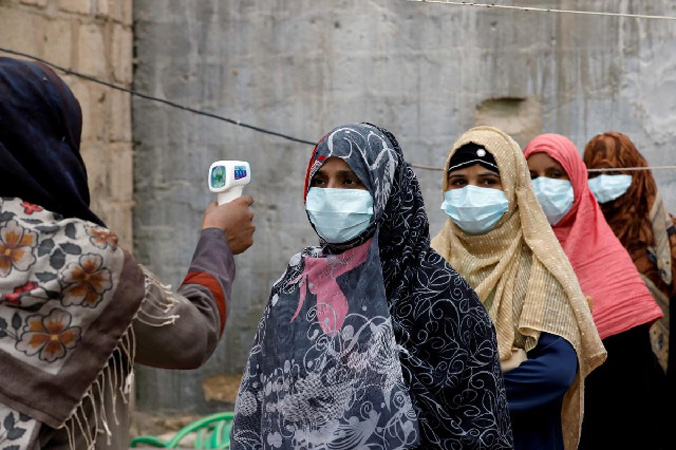 Wearing face masks and gloves, vaccinators on Monday resumed an anti-polio drive that had been halted since March due to the coronavirus outbreak, seeking to reach at least 800,000 children in five days.

The disruption of the drive has raised fears of a spike in polio cases in Pakistan, which, along with neighbouring Afghanistan is just one of two countries in the world where the disease remains endemic, officials said.

“The drive will target specific high-risk areas in all four provinces,” Rana Safdar, Pakistan’s top polio official said, adding that vaccinators have been fully equipped with protective gear to guard against the coronavirus to ensure field workers do not spread Covid-19.

Azra Fazal Pechuho, health minister of Sindh, told media that field staff has been given extensive training to ensure child safety. Vaccinators have been instructed to minimize contact and ask parents to hold children for oral polio drops, the Emergency Operations Centre for Polio in Sindh province said in a statement.

UNICEF warned in April that disruptions in vaccination drives could create pathways to disastrous outbreaks in 2020 and beyond. While the Covid-19 poses the greatest threat this year, vaccination drives in Pakistan have previously faced numerous challenges.

Last year, religious clerics in Peshawar spread rumours of children falling sick due to the vaccine, triggering backlash in Khyber Pakhtunkhwa province, where most of Pakistan’s polio cases have been detected. Mobs burned a village health centre, blocked a highway and pelted cars with stones. Medical workers were harassed and threatened. A woman vaccinator and two policemen escorting the polio team were also shot dead in separate incidents last year.