With the world entrenched in clamour and turmoil of the pandemic, this year is proving to be a very different year from the previous ones. Just when we were beginning to acclimatise to the “new normal,” rather disheartening news started trending all over social media platforms yesterday. The hashtag (#Palestine) was conspicuously seen with a screenshot of the state of Israel. The news that Palestine was officially removed from Google maps, however, was a result of misinformation. What’s more appalling is that it never existed there in the first place! Let alone remove it… 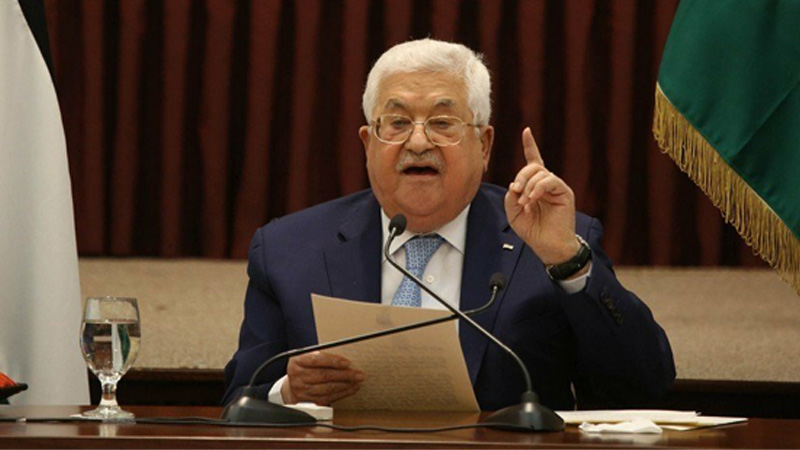 Instead of alleviating the combined grievance of Muslims, such scathing insights only exacerbate the situation. One doesn’t need to do much research to dig out where the seeds of such acrimony against the Palestinians were sown. Earlier this year, during the announcement of the Middle East Peace Plan, Israel’s PM Benjamin Netanyahu saw all smiles next to President Trump. It was in that particular moment when things began to escalate in an irreversible manner. One thing, which all of us fail to understand, is that it was not a religious move. It was in all earnest a political move. Netanyahu was desperate to win the next election as the previous three had been indecisive for him to grab a majority in the Knesset. This move just happened to win further support of the hardliner Zionists.

Last month, in what appeared to be a last ditched effort, to prevent Israel from annexing the West Bank and Jordan Valley, over a thousand diplomats along with the UN Secretary/General, Antonio Guterres, urged Israel to delay its annexation from July 1 to a later date. What’s interesting is that the vast majority of these diplomats were from the EU. Needless to say, the Arab League also urged Israel to ditch its plan. Any annexation of the West Bank is illegal and will break International Law. So, will the world watch in silence when it’s being carried out?

It’s ironic to mention that present-day Palestinians seem to have the same condition as was of the Jewish diaspora in the early 20th century. Regardless of the authenticity of “The Protocols of the Elders of Zion'” it proves to be an interesting read. The crude reference to the Jewish diaspora in that it should not be considered a weakness but strength should irk the present-day readers. Is it not true that the Palestinians have been expunged from their land? Is it not true that currently, more Palestinians live outside the state of Palestine than in what remains to be called Palestine? Can’t we draw a similar ideology as mentioned in what many claim to be a heretical book? If so, this widespread of Palestinians can be moulded in the strength of the Palestinians. When the White Paper was issued in 1938, the political leadership of Palestine was in shambles. Therefore, in the following decades, even without the support of the British (as per the Balfour Declaration), the state of Israel was established, albeit its area was hardly like what it came to be in the succeeding decades.

If there is any opportune time to turn the tables, it is now. Israel political leadership is divided. Benny Gantz will become the PM in a year. Unlike the power-hungry Netanyahu, he is more amenable to a change. His willingness to accede to demands can be extrapolated by the fact that he gave way to his arch-rival to be the PM first, despite having more seats than him in Knesset. (Gantz’ Blue and White had 61 compared to Likud’s 59). Secondly, Netanyahu is embroiled in corruption charges and becoming unpopular within Israel. There are frequent protests by the Israelis against their own PM. Last week, they hurled stones at his office. There is a visible trust deficit between the citizens and their PM. It’s very unlikely that this annexation plan will be more important to him than gaining the trust of his own people. Thirdly, the overall attitude of the Jewish majority is changing. They’d rather have a smaller but peaceful region than a much larger war-torn area. This change can best be manifested by Israel’s withdrawal from the battle-hardened Gaza Strip in 2005. Fourthly, given the situation of the pandemic, a move such as the annexation will only cause more harm to Israel’s international image (not that it pays much heed to the foreign powers as long as the US is in its corner). There have been ceasefires even in the regions of the worst humanitarian crises like Yemen.

We need to realise the intensity of the situation. The demography of Palestine had been disturbed in 1948. What we can do is to prevent the further dwindling of the matter. The pen is mightier than the sword. Social media platforms like Twitter and Instagram can be used by the public to highlight the urgency of the matter. By doing so, not only will we able to highlight the plight of the Palestinians but also unite as a unanimous voice of our Palestinian brothers and demand justice. Remember that according to the aforementioned book, this diaspora was used as a strength to achieve their aim back then. So why can’t we emulate them and get back what is rightfully ours? We have brought the Kashmir issue into world focus by using a similar strategy. The same must be done for Palestine.

It only took a piece of fake news to raise our eyebrows regarding the Palestinian plight and make a hashtag of Palestine to trend on social media. What’s horrifying is that it was never there, to begin with in the first place. The world leaders, especially from Muslim countries, must raise their voice for this issue in harmony with the rest. It’s imperative that this situation be mitigated before it gets worse and there is no more of a West Bank left. Time is of the essence.