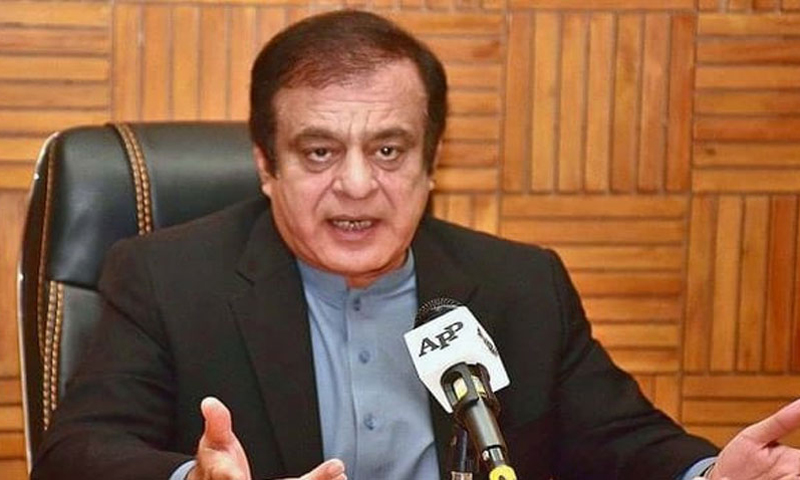 Minister for Information and Broadcasting Senator Shibli Faraz on Monday said the PTI government has taken concrete steps and initiatives to bring merged tribal districts of Khyber Pakhtunkhwa at par with other parts of the country.

The people of erstwhile Federally Administered Tribal Areas ( FATA) had offered great sacrifices for Pakistan and their integration was aimed at ensuring equal rights to the tribal people, he said while addressing a press conference on the occasion of completion of one year of provincial assembly elections in merged districts of Khyber Pakhtunkhaw.

He said the people of erstwhile FATA were close to the heart of Prime Minister Imran Khan who was fully determined for their empowerment and development. All political parties had supported the 25th Constitutional Amendment which envisaged merger of tribal areas with KP, he said .

He said that there was centuries old system of governance in the former FATA and extension of provincial government writ was a big challenge.

He felicitated the Chief Minister KP Mehmood Khan and his team for achieving multiple targets ahead of time by working tirelessly in the last one year.

He said there were many hurdles in the process but the KP government accomplished the task, in line with the guidance of Prime Minister Imran Khan who personally monitored the whole process.

The Minister said the extension of the courts’ jurisdiction to the merged districts of Khyber Pakhtunkhaw will make the process easy for provision of justice to the people.

He said 28,000 Levies and Khasadar force have been merged into police and added the FATA Secretariat had been abolished so that the provincial government established its governance system in these areas.

He said the initiatives had had been taken while keeping in views their culture and traditions and lifestyle. He said that in the past the tribal areas remained fully backward, and lacked facilities of health, education. He pointed out that Rs 100 billion had been earmarked for a period of ten years and all provinces pledged to give their share in 3 per cent of National Finance Commission Award, agreed for this purpose. Unfortunately, Sindh province had not so far committed its share for the development of tribal areas, he added.

He said that the Sehat Insaf Card facility has been provided to the people of former FATA, which was a flagship project of the present government to provide healthcare services to marginalized segments of the society.

He said that 1297 vacancies of doctors, nurses and para medical staff were also

available for appointments from the area. Attention has also been paid to the development of the education sector in these districts, he said adding 2000 additional class rooms were built, 1100 class rooms were renovated and arrangement was made for provision of clean drinking water in educational institutions in the merged district.

He said that over 2300 wash rooms were built in the schools of the merged districts and solarization of over 2200 schools was done to provide them electricity, adding boundary walls of 844 educational institutions were also built.

He said that 1297 vacancies were created in 4495 in the education sector, in addition to 1800 posts in Rescue 1122. Moreover, educational vouchers were given for out-of-school children and 104 school buses were arranged for facilitation of the students. He said that services of 4315 teachers were hired and free of cost books were made available for the students of merged tribal areas. Additionally, attention was paid to keep the Torkham border with Afghanistan open for trade and local roads were built, he added.

He said mainstreaming of the erstwhile FATA was a long-term project, and the government was committed to continue its efforts for that objective. Shibli Faraz said that the government with the consultation of local people, had implemented a special mines and minerals act which would help in the utilization of local natural resources for the development of the areas.

He said that after the elections last year, the people of merged tribal areas have representation in the National Assembly, Senate and provincial assembly of KP and in due course of time they will have a local government system like the rest of the districts. He said that tax relaxation has been given for establishment of industries in the merged districts and many industrial units were being set up in these areas. He said locals and the Pakistan Army did play an important role in maintaining law and order in tribal districts.

Replying to questions from media persons, Senator Shibli Faraz majority in the merged tribal districts were happy with their joining of Khyber Pakhtunkhaw while the rest were also in the process of doing so. The minister made it clear that the government had never claimed that the merged districts had been transformed into a ‘paradise’, but there had been many good developments in these areas.

The minister opined that those people, who had been benefiting from the decades old system, were opposed to the merger but they were in the minority. He said that the first target was to bring the merged districts at par with the rest of Pakistan. He stated that the holding of first ever elections in the merged districts, was a very significant development and now the elected representatives would fight for their respective areas’ rights.

Replying to a question, the minister said that the government had prepared a ten-year programme for the merged districts. With the passage of time, he said they would get all the basic facilities, he added. Replying to a question, Shibli Faraz said that erstwhile FATA was located at the border, so there could not be any compromise on security of the area. He said the role of the armed forces in the tribal areas was commendable.