Facing a crisis, New York hopes to reinvent itself again 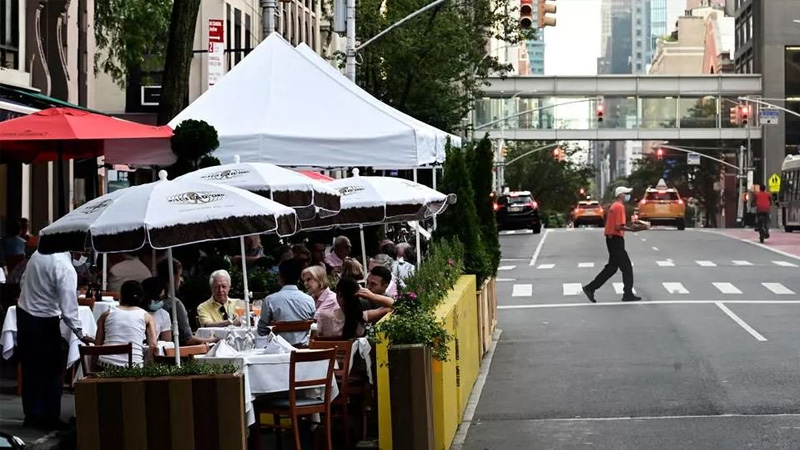 People fleeing town, widespread joblessness, a rising crime rate: the coronavirus pandemic has plunged New York into crisis, deeply concerning for many, but for others a chance for this famously dynamic city to reinvent itself.

The epidemic has claimed more than 23,000 lives in America’s economic capital, making it the hardest-hit Western metropolis.

Despite a sharp drop in the number of cases since May, the city has limited its reopening amid fears that a surge of infections felling southern and western states could strike New York.

With tourism evaporating, office towers nearly deserted, many stores shuttered, unemployment at 20 percent, and city services trimmed: this metropolis of 8.5 million people, synonymous with crowds and consumerism, has become a muted version of its former self. For the reopening of schools in September, city officials are planning on a maximum of three days of in-class time a week, frustrating parents desperate to return to normal work schedules.

And the crime rate, in decline since the mid-1990s, is surging: police have tallied 634 shootings and 203 murders since January, respective rises of 60 percent and 23 percent from the same 2019 period.

Against that background, many New Yorkers have fled the city, leaving thousands of vacant apartments behind. Manhattan real estate rental prices declined slightly in this year’s second quarter for the first time in 10 years, according to the StreetEasy real estate website.

“This is a perfect storm, in some ways, of bad events,” said Kenneth Jackson, a Columbia University professor who specializes in the city’s history.

For Jackson, who left Manhattan for the countryside as the pandemic struck, today’s situation is reminiscent of the dark period in the 1970s and 1980s when New York, facing financial bankruptcy, was ravaged by crime and an exodus to the suburbs.

But like many New Yorkers, Jackson tries to keep matters in perspective. New York, after all, survived the cholera epidemics of the 19th century and the terror attacks of September 11, 2001, after which some predicted that people would no longer want “to work in a tall building.”

And people are not fleeing urban hubs as they were in the 1970s. “There’s been a rebirth of central cities,” Jackson said, as US crime rates have fallen sharply and the quality of urban life has improved, with more personal, professional and entertainment opportunities.

‘Adjusting to the realities’

He and his wife, a pediatrician, had left New York two years ago for a pleasant suburb, before growing disillusioned. While in the suburbs “there’s so much more space, you have such a better family life and much better sort of quality of living,” he said, “you don’t have the same benefits that the city has to offer.” Now back in New York, and parents of a seven-month-old baby, they plan to stay in the city that “always reinvents itself” — hoping a decline in real estate prices will allow them to own their first apartment.