Katrina, Siddhant Chaturvedi and Ishaan Khatter to star in horror-comedy 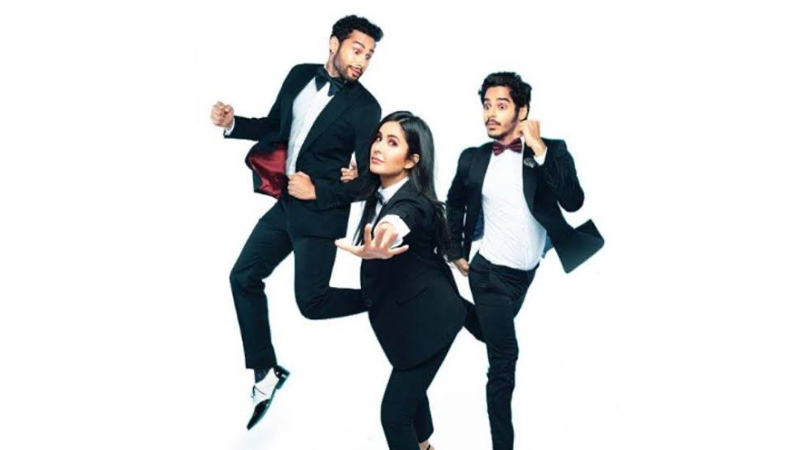 Actors Katrina Kaif, Siddhant Chaturvedi and Ishaan Khatter are set to team up for the first time in Phone Bhoot.

Touted to be a horror-comedy, the upcoming project will be bankrolled by Farhan Akhtar and Ritesh Sidhwani’s Excel Entertainment. The makers made the announcement on Monday by sharing a clip featuring the three actors. “Darna allowed hai, as long as you’re laughing along the way. #PhoneBhoot, ringing in cinemas near you in 2021,” the production house wrote on social media. Farhan Akhtar also tweeted, “The one stop shop for all bhoot related problems, #PhoneBhoot ringing in your nearest cinema in 2021”

‘Darna allowed hai, as long as you’re laughing along the way’

Directed by Gurmeet Singh, Phone Bhoot has been written by Ravi Shankaran and Jasvinder Singh Bath. It is expected to go on floors later this year and is scheduled for a 2021 release.

Katrina took to her Instagram account and shared a behind-the-scenes making video of the photoshoot too. She wrote along, “One fine day- BTS ?? ?? ?? #shotbeforelockdown”

Excel Entertainment’s other upcoming projects include KGF: Chapter 2 and Toofan.

On the other hand, Katrina Kaif is awaiting the release of Sooryavanshi during Diwali this year. Ishan Khatter’s The Suitable Boy is set to release on Netflix soon. Siddhant Chaturvedi has Bunty Aur Babli 2 in his kitty.