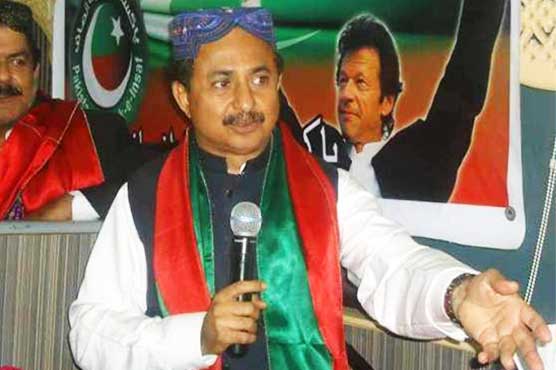 As per the details, ideological workers are demanding Haleem Adil Sheikh’s resignation of the Central Vice President and the resignation from a member of the Sindh Assembly.

According to the reports, since July 2019, he has been president of Sindh and now he has been PTI’s central vice-president, along with this, he is serving as the Parliamentary Leader of PTI in Provincial Assembly of Sindh since August 2018. PTI’s workers are asking that why a corrupt political leader who has so many charges of corruption been given such preferential treatment?

On other hand, PTI Parliamentarian also said that if there is any charges against him so he must face and respond to those allegations.

While talking to Daily Times, a senior leader of PTI said that since Sheikh joined the party so many leaders and workers are against him as he doesn’t have good reputation due to land grabbing in Karachi’s area.

According to sources, inside the party many leaders are asking him to leave the position of party till he doesn’t get clean chit from NAB.

PTI’s legislator in Sindh Assembly said that there is no room for corruption, if anyone is involved in corruption, he will not stay in the party, whatever the allegations are against the Sheikh and if these allegations are proved then no leader will have any objection.

He added that a perception is being created by a strong planning in the media that we are trying to save him but there is nothing like this.

“We are following the vision of Prime Minister Imran Khan and stand against all forms of corruption and illegal occupation whoever is in it,” he maintained

PTI’s workers demanding that Sindh party leadership must be given to a founding member of the party not to anyone who has joined the party earlier or has corruption charges.

“Neither Prime Minister is responding nor taking any action which is not good for the Sindh”, they added

Shahid Ali Rind, PTI’s founder member and former senior vice president of Larkana, disclosed that his brother Aleem Adil Sheikh, who had been charged of China cutting of the state land and Anti-corruption report had also alleged the MPA’s son and his other family members’ involvement in the land grabbing scam and all workers who joined PTI with him involved in the illegal allotment of land through fraud as well.

He disclosed that a network of bogus housing societies was unearthed at the Super Highway, with fake documents the state land was shown as private property. The state land was grabbed in connivance with the revenue and Sehwan authority’s officials.

Sheikh has been accused of involvement in land grabbing and illegal occupation of state-owned land. A report by the Anti-Corruption Department has said that the MPA launched illegal housing schemes and projects worth billions on state-owned land.

All these schemes illegally launched by him are incorporate possession title/documents of Nation Chalet Cultivate Houses Extend, Deh Kharkaro, possession title/documents of Palm Town Resorts Extend and any other data significant to the subject matter. The report also stated that the said schemes cannot be leased, adding that if he fails to submit his statement till July 27, 2020 then authority will seek approval to arrest the accused over the said charges.