The United Arab Emirates celebrated in the early hours of Monday morning the launch of its “Hope” probe to Mars, the first interplanetary mission by an Arab nation. 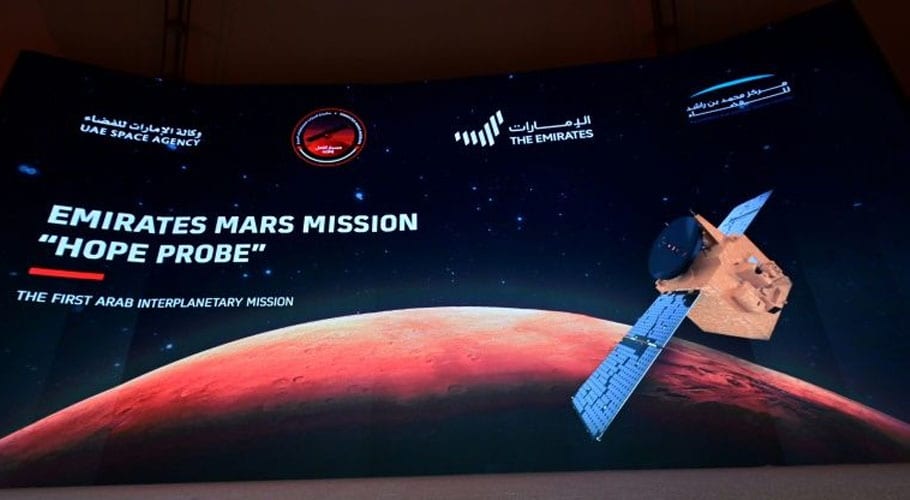 The long-anticipated blast-off of the unmanned spacecraft at 6:58 am local time from Japan’s Tanegashima Space Center was met with rapturous applause in the Emirates.

It’s the night before a new dawn. The Hope Probe is all set to start its journey, while its destination, Mars, stares back at us in a clear night sky. This is history in the making. #HopeMarsMission pic.twitter.com/1I1b2TUsfO

The command and control centre at Mohammed Bin Rashid Space Centre (MBRSC) — which spearheaded the Mars project on which some 450 people worked, more than half of them Emirati — was abuzz with excitement.

The orbiter, named Amal, or Hope, is carried by a Japanese H-IIA rocket which lifted off successfully from the Tanegashima Space Centre, on a small southern Japanese island on Monday morning.

People watching at a space centre in Dubai cheered and clapped after the liftoff.

The launch was initially scheduled for Wednesday but was delayed due to bad weather.

The rocket has been provided by Mitsubishi Heavy Industries.

The Hope probe is expected to reach Mars by February 2021, when the UAE will be celebrating 50 years since its formation.

This launch will be followed in the coming days by two other Mars missions by the US and China, while Japan has planned a Martian moon mission for 2024.

Hope will study the upper atmosphere of Mars as well as monitor climate change on the Red Planet over a period of two years.

The UAE hopes it will provide a complete view of the Martian atmosphere during different seasons.

The country has so far successfully launched three observation satellites, but has not gone beyond the Earth’s orbit.

While there are scientific goals, this Emirates Mars Mission has a broader purpose too. It is designed to show that the UAE wants to embrace science and knowledge in its economy as it moves into a new era.

“The UAE wants to support the creation of a creative, innovative, and competitive knowledge-based and post-oil economy,” Omran Sharaf, the project lead on the mission, said prior to the launch.