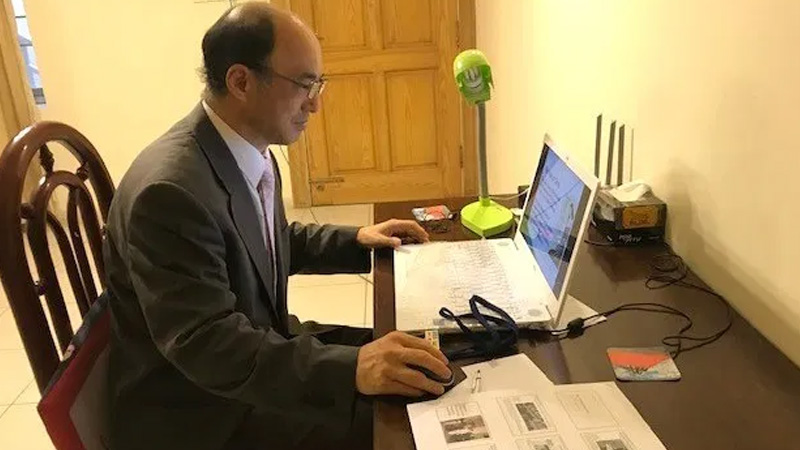 To create better understanding and acquaintance about Japan among the people of Pakistan, the Embassy of Japan in collaboration with the Islamabad Institute of Conflict Resolution (IICR) organized a five-day webinar series from 13 to 17 July which was largely participated by the people hailing from various sections of the Pakistani society.

Mr. Shindo Yusuke, Deputy Head of Mission, Embassy of Japan in Pakistan, presented his lectures during this first-ever webinar series that included the topics Japan – its people, society and tradition, education in Japan-key to Japan’s development, secrets of Japan’s economic development, Japanese culture and Japan-Pakistan relationship.

Mr. Shindo, in his lectures, started from the historic background of Japan and its age-old traditions and culture later explained in detail about the education system in Japan, the secrets Japan’s economic development and the current level of Japan-Pakistan bilateral relations. Mr. Shindo noted that Japan-Pakistan bilateral relations are based on mutual respect, cooperation, and shared interests and these relations are growing further in multi-dimensions.

The participants of the week-long lecture series raised many thought-provoking questions during the question-answer sessions and deliberated upon the modern day Japan and its achievements. Mr. Shindo thanked the participants for their interest in Japan and their exchange of views on important issues. The webinar was an innovative attempt by the Embassy to continue its mission to promote Japan and its culture and values during this difficult time under COVID-19.