Incumbent govt yet to fulfill promises made to people despite lapse of 2 years: PPP leader 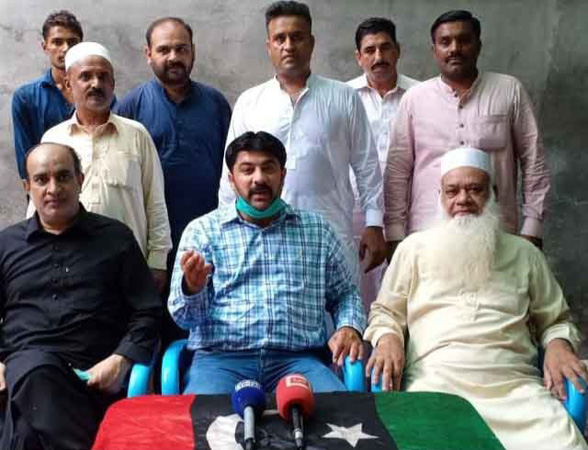 Two years of present government are going to complete, but this government did not fulfill its promises yet. Betterment in economy is another talk, this government is pushing earners to the un-employers. Government tries to remove the poor not poverty. With every new day mega scandal of ministers are appeared, but this incompetent government is doing unsuccessful efforts to hide these. Corrupt Murad Saeed always give lessons on honesty and how he himself has stolen the official treasure. This is the performance of this government, that he give 118 billion project to his favorite bank without tender. Food minister has disappeared wheat from market after it’s supply and show himself a helpless. Like this, minister of air gave false statement and has destroyed the national institute like PIA.

Government has also supported the hike in prices of medicine that’s why life supporting medicines has become expensive. These thoughts are expressed by city secretary of information Sagheer Butt in a press conference at Gondalwala Secretariat. At this occasion, Rana Muhammad Haneef, Malik Bhutto, Riaz Bhatti, Yasir Butt, Asgher Mughal, Shabeer Combo and many others were there. They added that incorporation of foreign adviser in government has initiated the anti public policies. It was blame on previous government that they had foreign agenda, but now recent incompetent government is copying foreigners. Is no one eligible in whole government party that prime minister has made foreigners the part of his government. Two years are going to complete but present government has not fulfilled any of his promises.

This government has no any policy for the welfare of society. This selected government has failed completely. No mafia is being controlled by this government because this is a mafia government. Except promises of government, sugar is of 90rupess instead of 70,and flour is about 1000,instead of 86o. the poor are already frustrated due to this dareness and prices of medicines are also increased. How the government is giving permission for such a tyrant hiking in prices. Life supporting medicines are out of reach of poor. The fees of television is now 30rs, which will be charged along with bills. Government is planning for about 22billions robbery. Prime minister has announced the initiation of planting trees campaign all over the country. Planting is good but first they have to give detail of billion RS of plant, which were planted last years. Who will give detail of all these. This is the government of corrupt persons. No one see the plants which were planted last years. They added that Bilawal Bhutto has entered in Gujranwala. Soon with the leadership of Bilawal Bhutto, we will erase this government. With the power of vote, Bilawal Bhutto will be the prime minister of Pakistan and then the public Raj will be insured. Then employment will be gi en to poor and country will move towards betterment.