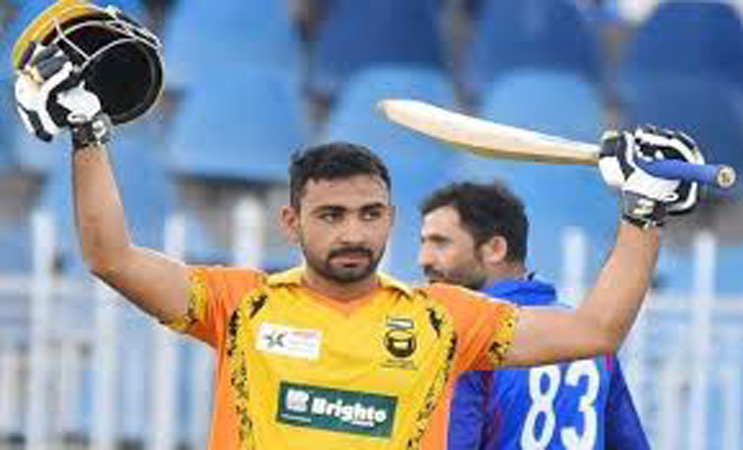 LAHORE: Pakistan all-rounder Khushdil Shah is certain to miss the first Test against England due to a thumb fracture. The Pakistan Cricket Board (PCB) announced on Sunday the injury that occurred while batting in the nets on Saturday will need three weeks to heal. “As the nail is intact and there is no injury to nail bed, the orthopaedic surgeon, team physician and team physiotherapist expect Khushdil to resume physical training by the end of the next week,” the press release said. It rules him out of all the lead-up games to the England series; he isn’t playing the current intra-squad game and will not take part in the second four-day game from July 24-27. Khushdil was mostly selected for his ability to have an impact in the T20 series and, at best, had just an outside chance of being selected for the Tests. If his current prognosis is accurate, he should be fit well before the the T20I series commences on August 28 at Old Trafford.

Khushdil has so far played one international, a T20I against Australia last year. He was one of the bright lights of the unfinished Pakistan Super League earlier this year, his 29-ball 70 for Multan Sultans against Lahore Qalandars being his most notable knock. It helped Multan top the group stage table. It wasn’t the best day on the injury front as far as Pakistan were concerned, with the visitors given a scare when Abid Ali, considered one of Pakistan’s first choice openers in Test cricket, was felled by a blow to the helmet while fielding at short leg. The opener was struck at pace by a shot from Haider Ali, causing him to collapse to his knees and roll over onto his back. Concern at one point was significant enough for an ambulance to be brought out to the field, but after on-field treatment, he was able to sit unaided on a stretcher before being led out. It is not yet clear whether he will be taken to hospital for precautionary checks. The first Test between England and Pakistan begins on 5 August at Old Trafford, before the two sides move to Southampton for the remainder of the Test series.