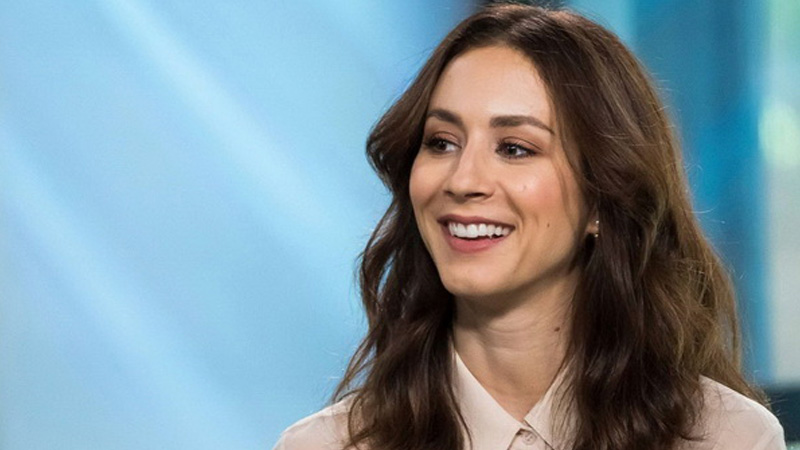 Troian Bellisario is spilling the tea. The Pretty Little Liars alum recently opened up about her interesting experience during Meghan Markle and Prince Harry’s royal wedding in May 2018. After all, it was the event of the year… and dare we say of the past decade?

While Meghan and Prince Harry’s special day was straight out of a fairy-tale, Troian recalled why it felt like a “nightmare” for her.

In a candid interview with Stellar on Saturday, the 34-year-old actress revealed she was overwhelmed and anxious about what to wear to the fanciful affair, especially since she was trying to hide her pregnancy at the time.

When asked if she had anxiety when it came to picking out her outfit, she kept it real.

“Of course I did, and I had it two-fold,” the actress admitted. “One, because I was trying to conceal the fact that I was five months pregnant. I was absolutely positive that it was going to be revealed. But I also had extreme anxiety about… what are they called? Those hat things? That’s it, fascinators.”

“They look ridiculous unless you’re in the 1930s. You could get one that is an absolute piece of art, but then are you being too vain and trying to call too much attention to yourself? Or if you get a fascinator that’s very small, are you not going for tradition,” she continued.

The Clara star explained that she never “needed a fascinator in my life,” so the fashion accessory was new to her. “Here I was trying to walk this tightrope of ‘don’t go too big, don’t go too small.’ It was a nightmare,” she expressed.

Before the royal wedding, the 34-year-old recalled the conversation she had with her stylist over the headpiece.

While Meghan and Prince Harry’s special day was straight out of a fairy-tale, Troian recalled why it felt like a ‘nightmare’ for her

“My stylist, Annabelle Harron, is actually an Aussie, and I called her right before I was about to walk out the door and I was like, ‘Annabelle, this is not a full hat.’ And she said, ‘It’s fine, you have a veil, you have a head covering,'” Troian shared.

Adding, “And I was like, ‘If the British press tears me apart, I can never forgive you for this.’ And she said, ‘Trust me, I’m an Aussie. I’ve got you!'”

In the end, the Pretty Little Liars alum looked effortlessly chic in a blush-coloured dress by Sophia Webster. Her simple, yet striking piece also featured statement-making jewel embellishments on the shoulders, a keyhole front and puffed long sleeves.

As for her fascinator? She wore a matching lace headpiece. Luckily, Troian wasn’t the only royal wedding guest to wear the in-your-face accessory. Amal Clooney, Pippa Middleton, Victoria Beckham and others styled their outfits with a fascinator.