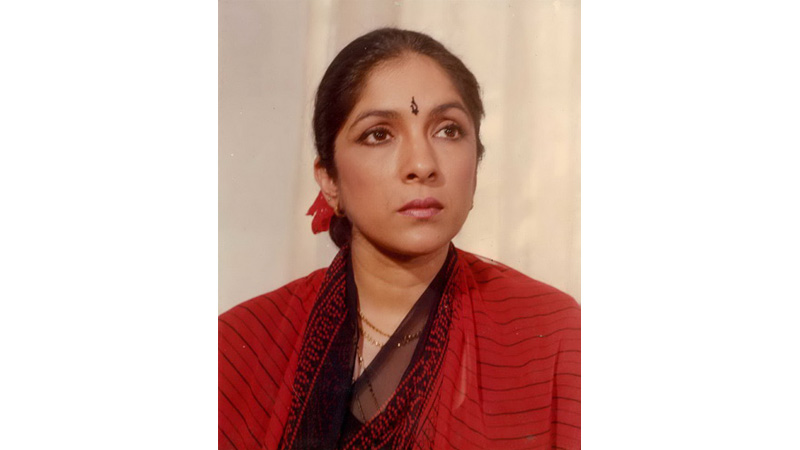 Like many Bollywood celebs, actress Neena Gupta, too, took to social media to wish global icon Priyanka Chopra on her 38th birthday on Saturday.

But, rather than posting a picture with or of Priyanka, Neena recalled how the actress has inspired her in life. Priyanka is a super busy star. She has made a name for herself in Hollywood and continues to reign Bollywood too. After her wedding to Amerian singer Nick Jonas, she frequently shuttles between India and the US.

In her birthday wish for Priyanka, Neena shared a video message in which she spoke about the time when she was called to audition in Los Angeles for a project but due to time crunch, she was about to say no to it, but a video of the global star then inspired her.

Neena was had only three days in hand to travel to the US and come back to India as she was also shooting a film here. Owing to her tight schedule, she thought she would have to turn down the offer but then she recalled watching a video of Priyanka Chopra where she talked about attending two different functions in India and abroad around the same time by changing flights, sleeping on the flight and prepping for the functions on the flight. “I remembered that and said to myself, ‘Yes, I can also do it’,” Neena Gupta says the video, and adds, “Although I didn’t get the film, but Priyanka inspired me a lot.” Priyanka Chopra has inspired millions of people across the globe. She has made a name for herself in Bollywood and Hollywood with her hard work and determination. On the work front, she will be next seen in an OTT adaptation of the Man Booker Prize-winning novel ‘The White Tiger’ along with Rajkummar Rao.