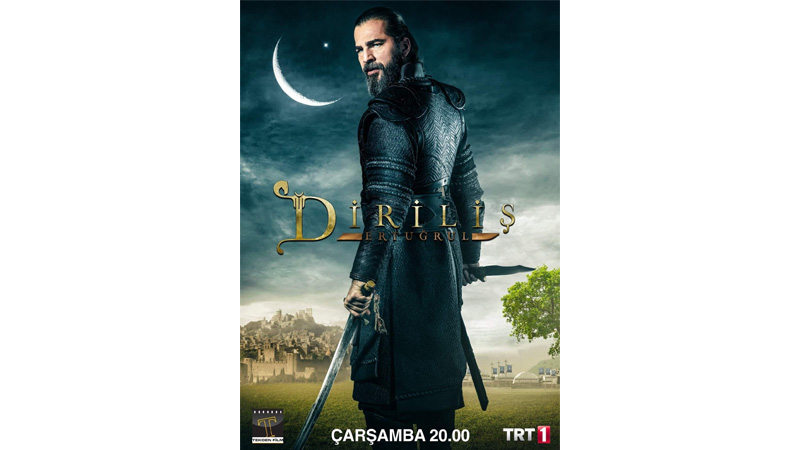 A popular Turkish television series viewed by residents in Indian-administered Kashmir amid the coronavirus pandemic is “relatable” to their day-to-day suffering, a political analyst said.

“It gives me hope that one day by the will of God, our sufferings will end too,” Abu Bakar, a 27-year-old business student who is obsessed with the series, told Anadolu Agency.

Bakar completed five seasons of Dirilis Ertugrul last month but is watching again because of its religious appeal and strong message: Victory is not ours, it belongs to Allah.

“I am strongly connecting with this series as an oppressed Muslim. The series is so impactful in many ways that I relate to. It has cultural, social, political and religious appeal,” said Bakar.

The series featuring Ertugrul Ghazi, warrior and father of Ottoman Empire founder Osman I, depicts the struggles, tyranny, oppression, suffering, identity and justice of Kayi, a minor group of a Turkish tribe of 2,000 people.

Bakar completed five seasons of Dirilis Ertugrul last month but is watching again because of its religious appeal and strong message: Victory is not ours, it belongs to Allah

“This series fits well in Kashmir. The circumstances here are the same as depicted in the series. It feels like a God’s Man like Ertugrul Gazi has come to Kashmir to end oppression, injustices and tyranny,” research scholar in sociology Manoon Akhtar told Anadolu Agency.

Experts in the region believe the series has become a sensation because it somewhat soothes the bruised and oppressed residents while giving them “hope” of a voice.

Political analyst Noor Mohammad Baba said death and destruction has been a common sight for Kashmiris for decades and in between a series like Dirilis Ertugrul has more impact as people relate to its content.

“Three important factors are there for its huge popularity in Kashmir: One, its content is relatable with Kashmir, cultural affinity is there and most important the Islamic values it professes,” Baba told Anadolu Agency.

It was last December when the popular Turkish series made its way to Kashmir, four months after the Indian government did away with the special status of the region while forcing a strict military and communication lockdown.

It was during that time when Kashmiris from outside brought the series to Kashmir in pen drives and in phones. However, in the current pandemic crisis, the popularity of the series grew to new heights as Pakistan dubbed it in the Urdu language in April.

The fever of the Turkish series is such that many parents are naming their newborns Ertugrul.

A couple from South Kashmir’s Pulwama district recently named their son Ertugrul after the pair’s eight-year-old daughter suggested the name as she is a die-hard fan of the series. “My daughter is more hooked to this series. When I was expecting for delivery, she told me that if we have a baby boy, we will name him Ertugrul and we named him the same,” Nazish Akhtar, the mother of the newborn told Anadolu Agency

Pediatricians say Ertugrul is a frequently encountered name for newborns in Kashmir. Consultant pediatrician Suhail Naik said for the last four months he has seen many parents name their children Ertugrul.

“It suggests the impact of the series on the people here,” said Naik.