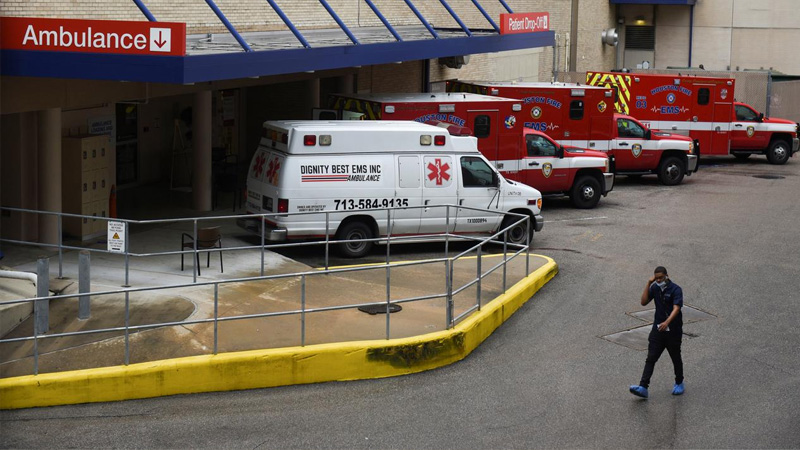 US deaths from the novel coronavirus exceeded 140,000 on Saturday as cases continued to rise in 43 out of 50 states over the past two weeks, according to a Reuters tally. Since late June, the United States has seen a resurgence in new cases and now, six weeks later, deaths have also begun rising, according to a weekly Reuters analysis of state and county data. America is losing about 5,000 people to the virus every week. By contrast, neighboring Canada has reported total deaths of 8,800 since the pandemic started. In just one week, the United States records about as many deaths as the 5,600 lives Sweden has lost since the pandemic began earlier this year. In the hardest-hit US counties, officials are running out of places to store bodies as their morgues fill up. Arizona’s Maricopa County, home to the state’s largest city, Phoenix, is bringing in 14 coolers to hold up to 280 bodies and more than double morgue capacity ahead of an expected surge in coronavirus fatalities, officials said on Thursday. In Texas, the city of San Antonio and Bexar County have acquired five refrigerated trailers to store up to 180 bodies. The appearance of such mobile morgues has fed the sense in some Southern states that the pandemic appears to be spinning out of control.