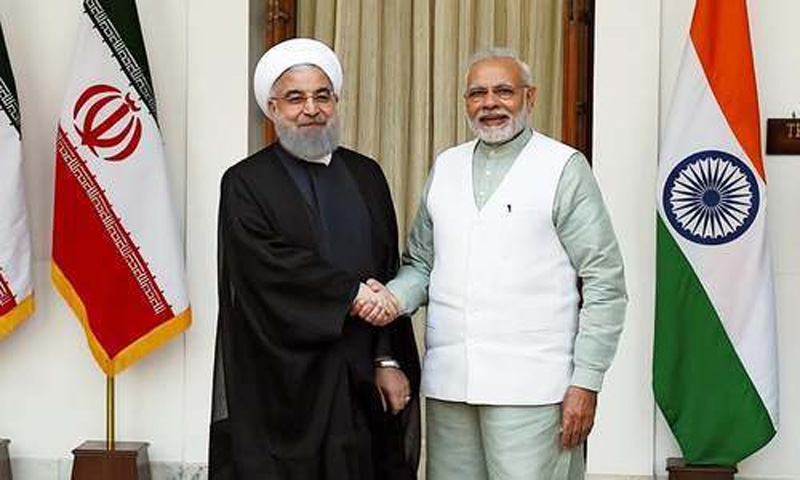 After being dropped from a key rail project in southeastern Iran along the border with Afghanistan, India is also set to lose an ambitious gas field project in the country that had been in the pipeline for the past 10 years.

India’s Ministry of External Affairs in a statement said Tehran will develop the Farzad-B gas field in the Persian Gulf region ‘on its own’ and might engage India ‘appropriately at a later stage’. Last week, Masoud Karbasian, managing director of National Iranian Oil Company (NIOC), had told reporters that a new operator had been roped in to develop the gas field, replacing India’s ONGC.

The field, estimated to possess 21.7 trillion cubic feet of natural gas reserves, 12.8 trillion cubic feet of natural gas and 212 million barrels of gas condensates, was discovered in 2008 by a consortium of three Indian companies – ONGC, Oil India Limited and Indian Oil Corporation. According to the deal, the Indian side was supposed to develop the field but they abruptly stopped work in 2012, following the intensification of sanctions against Iran.

After sanctions were eased in 2015 following the signing of a nuclear deal between Iran and Western countries, India showed its willingness to return to the project. However, things again fell apart amid the reinstatement of US sanctions on Iran in May 2018, which further ‘discouraged’ India from making headway in the project, said sources familiar with the issue who requested not to be named. “By May 2018, the two sides had made tremendous progress and agreed on key details of the project,” the sources said. “However, the US sanctions played the spoilsport.” The two sides had disagreements among themselves as well, particularly on the number of pipelines to be laid and financial investment in the development plan, according to reports.

In May 2019, Iran’s oil minister, Bijan Namdar Zanganeh, had said his ministry had devised a plan to finance the development of the Farzad-B gas field. The NIOC had asked the Indian side to submit a financial plan for the field’s development. However, Tehran was ‘not impressed’ with the plan and asked for a new one, said the sources. India had reportedly made a $5.5 billion investment plan.

In August 2019, after slow progress by the Indian side to submit a new plan, Karbasian said Iran would proceed with another operator for the project.

India’s External Affairs Ministry, however, said the ‘follow-up bilateral cooperation’ was impacted by ‘policy changes on the Iranian side’.

India’s loss of the project marks a ‘big setback’ for relations between the two countries, Tehran-based analysts, who asked to remain anonymous, told Anadolu Agency, as the Farzad-B gas field and Chabahar port were the two largest bilateral accomplishments between the two sides.

Earlier reports claimed that Iran had dropped India from a rail project after the Indian side showed reluctance to start work due to US sanctions. The memorandum of understanding to construct the 628-kilometre railway line from the port city of Chabahar to Zahedan was first discussed between the two sides in May 2016. India’s External Affairs Ministry dismissed the reports that Iran excluded it from the rail project as ‘speculative’.