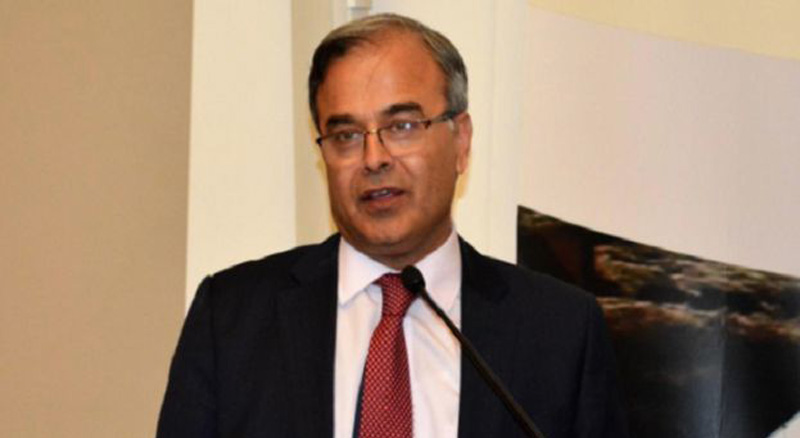 The universal values of freedom and peace are under assault in Indian-held Kashmir, Pakistan’s Ambassador to the United States Asad Majeed Khan said, as he called for ending New Delhi’s ‘egregious human rights violations’ in the disputed region.

“India has occupied the region and brutally oppressed its people since 1947,” he said in an opinion piece published in Newsweek, a leading American weekly magazine, pointing out that random and senseless killing remains a fact of life in Kashmir.

“The international community, particularly the United States, cannot let India get away with its brutal oppression of the Kashmiri people under the cover of the coronavirus pandemic,” the Pakistani envoy wrote.

Last year, he said, the spirits of millions of Kashmiri people were lifted when President Donald Trump offered to mediate the Kashmir dispute, when he met Prime Minister Imran Khan in Washington.

“The president recognized that peace in South Asia would remain elusive until Kashmiris are able to choose their own destiny,” he said, adding, “This would not be possible without US leadership.”

But, Ambassador Khan said that in August 2019, India unilaterally annexed Jammu and Kashmir, making a mockery of international law and the reams of UN resolutions that recognize Kashmir as an international dispute, violating bilateral agreements, as well as its own commitments to the Kashmiri people.

Even before the onset of the coronavirus pandemic, he said, Kashmiris were reeling under an oppressive lockdown. “Instead of easing restrictions, India doubled down on its lockdown and oppression in Kashmir.

“Imagine having no internet access, no information, no contact with your loved ones, while a pandemic rages outside,” the Pakistani envoy added.

“As if that was not enough, we also witnessed a rise in fake encounters, extrajudicial killings and intensified crackdown on the media, and renewed internet restrictions in Kashmir, duly documented by credible international organizations. Eight million Kashmiris would have lived a full year in a state of complete lockdown this Aug 5 – turning Kashmir into the largest prison on earth.”

Most ominously, he said India, through a recently promulgated ordinance, wants to change Kashmir’s demographics by force , turning its majority into a minority. ”

“This domicile law-for those of us who still care about international law-is a blatant violation of the Fourth Geneva Convention, which expressly forbids an occupying power from transferring its own civilian population into a disputed territory.”

Highlighting the present Indian government’s agenda, Ambassador Khan said, “Indian Prime Minister Narendra Modi was once banned from entry into the United States because of his role in a 2002 religious pogrom that left more than 1,000 people dead in the Indian state of Gujarat,” noting that his party, the Bharatiya Janata Party, is the political arm of a Hindu paramilitary organization that promotes an ideology of racial purity.

The BJP wants to remake India into a Hindu Rashtra (a Hindu nation), with no place for religious minorities including Muslims, Christians and others, he wrote.

Referring to the Citizenship Amendment Act, which granted citizenship rights to several minorities while specifically excluding Muslims, the Pakistani envoy said, “Large detention centers have been constructed across India to house minorities who would be stuck off the National Register of Citizens in a drive reminiscent of ethnic cleansing that the world saw in the late 20th century.”

Underling that Kashmir is a burden on the conscience of the international community, he wrote, “The world cannot remain a bystander while systematic attempts are underway to deprive Kashmiris of their identity as well as fundamental rights through stealth and deceit.

“The world must join the United Nations and other international human rights organizations in demanding an end to India’s egregious human rights violations in Kashmir.”