Is Muneeb Mushtaq the next overseas Pakistani tech giant?

* This young entrepreneur's journey is truly inspiring to so many 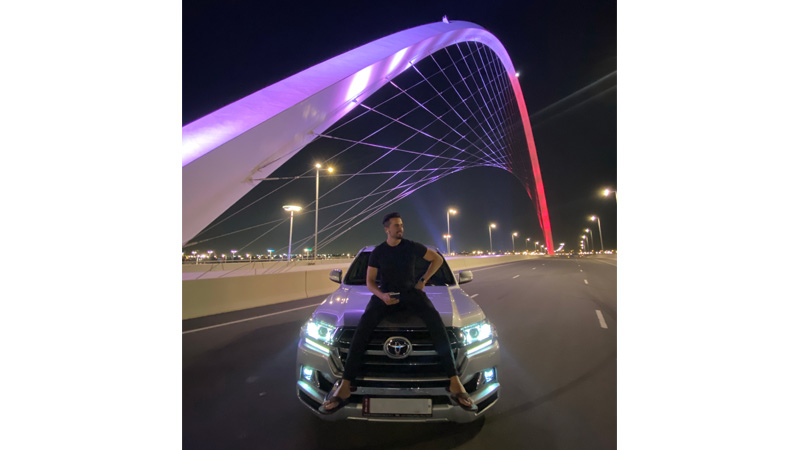 Though the world has moved on to achieve great feats in the world of science and technology, it is an area that has still remained widely undiscovered in Pakistan.

Technology has the power to do many things, and changing the world is one of them-a change we desperately need in our own country. Which brings us to one of the most successful overseas Pakistan tech CEOs – the dynamic Pakistani Canadian businessman, Muneeb Mushtaq, who has achieved a lot in very little time, and still continues to do so. The young tech tycoon recently revealed some exciting plans that he has for Pakistan, and it sure caught everyone’s attention because this man has the potential to turn a stone into gold, as can be seen from several successful ventures.

This young entrepreneur’s journey is truly inspiring to so many. Muneeb Mushtaq is currently the co-founder and CEO of the Canadian based tech company called Airzai, that is headquartered in Toronto, Canada. For the unaware, Airzai is the company that introduced the world’s first patent-pending smart-home fragrance diffuser called AROMA that uses premium Swiss made fragrances. Moreover, the company recently launched a brand new line of products called, AIRZAI Care whose flagship product is Air and Surface Disinfectant that kills germs and is made from 100% natural ingredients.

Prior to AIRZAI, Muneeb Mushtaq co-founded two successful tech companies and sold one. He is also a TEDx speaker and writes for Forbes, Globe and Mail and more.

Growing up in Pakistan, Muneeb moved to Canada with his family when he was 15 years old. Pursuing formal education in business from the University of Toronto, Muneeb realized along the way that his biggest passion was technology. That is where this success story started. He started an online marketing company with his brother, which he ended up selling just after two years of its inception, at the mere age of 20 – Woah, right? He then went ahead and set up another business venture AskForTask – which is currently the second largest on-demand service app in Canada.

There are a few business tycoons who have been distinguished as passionate personalities, not only in their individual countries but on a global level. They are the overachievers who were committed to influencing the world through their excellent work. These leaders have entered the industry via various domains and now are at the top of their fields. This young talent, Muneeb Mushtaq is definitely one of them. He has been at the top of his game, continually churning out projects that go on to become big successes.

The latest venture for this young entrepreneur, Airzai Care, specifically catering to the current coronavirus pandemic situation is not only helping people protect people’s homes but also helping Front-line workers. Alongside their Air and Surface disinfectant, Airzai is producing a premium hand sanitizer and donating it to many hospitals as well. They recently also inaugurated a brand new production facility in Houston, Texas.

Watching Muneeb Mushtaq do great things is a treat, and we are sure there is a lot more to come from him in the coming time. For now, we are excited to see what contributions he would be making in the local tech scene, and what his upcoming plans for Pakistan are.